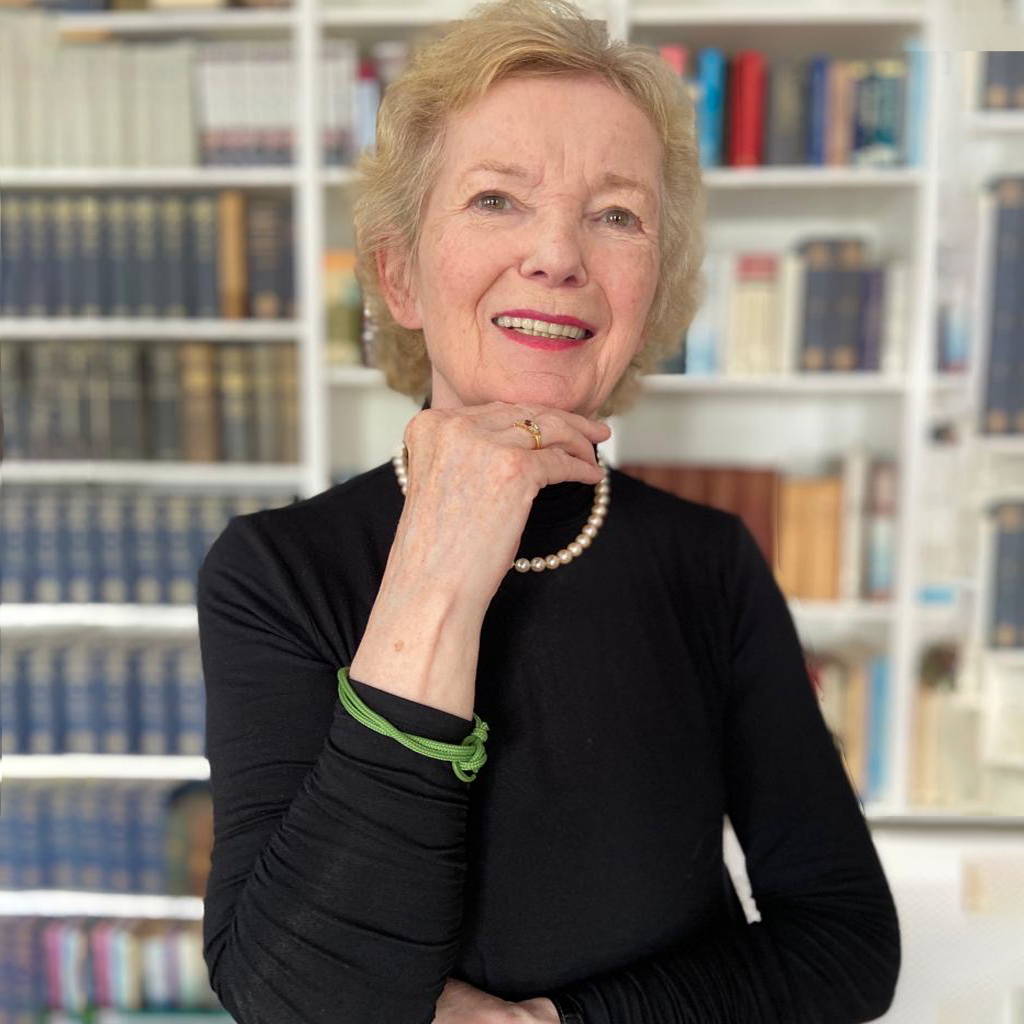 Former President of Ireland and Chair of The Elders, Mary Robinson on why Climate Justice is what matters right now

Can you tell us more about The Elders and Nelson Mandela’s legacy?

The Elders were brought together by Nelson Mandela. He persuaded us that his legacy would be built on by a group of leaders dedicated to the values he stood for. Peace, human rights and increasingly the climate problem. He told us to be humble and to listen to communities because they would know more than we did about their problems. And to reach out to those who were marginalised - to young people, to women and to those who felt their issues were not being addressed at all.

Why do you believe human rights are inextricably linked to climate change?

I came to the issue of climate change through the lens of human rights. I was working in African countries on the rights that really matter if you don't have them - rights to food, water, health, and education and shelter. I kept hearing the complaint "Things are so much worse. We don't know what's happening’.

The unpredictability, a massive change in weather, flash floods after a long period of drought, the food insecurity. I suddenly realised that this was a connection that I’d missed in my time as UN High Commissioner for Human Rights - and that it was incredibly important that we understood that there was an injustice about climate change. I realised that climate change was disproportionately affecting the poorest countries and communities. It was this that became my human rights issue above all others for the rest of my time.

You’re supporting #TOGETHERBAND as a world leading expert on Global Goal 13: Climate Action. Why is this STG so important to you?

Goal 13 is very clear. It says that we need to take urgent care to combat climate change and its impacts by regulating emissions and promoting developments in renewable energy. But it was the climate agreement in Paris that gave us a more specific goal of stopping global warming rise more than 2 degrees and working for 1.5 degrees. This was then refined by the scientists who concluded that within that band between 1.5 and 2 degrees very bad things would happen. The coral reefs would probably disappear, the arctic ice would probably melt, and the permafrost would melt and throw up not just carbon but also methane. We needed the compulsion of the scientists to show how we needed to develop in line with this goal of staying at 1.5 degrees. That's incredibly important.

Some people say the Global Goals are no longer relevant, what is your view?

I understand that some people might feel that the SDGs are becoming irrelevant. We're in a time of COVID, we're very distracted by that crisis but we mustn't forget the climate crisis behind it and I see that COVID has taught us that collective human behaviour can matter. After all it’s our willingness to comply with lockdown, with social distancing and washing our hands that’s preserving us from the virus.

I had the honour of being the Special Envoy of the Secretary General before the Paris Summit on climate change. So, I worked with the poorest countries, the small island states, the indigenous communities. I discovered that SDG13 is actually the grounding of all the other goals. Not only does it link with living more sustainably and with the oceans, it links with gender equality and reducing poverty. The more we recognise the link between climate change and those inequalities, the stronger we will be. In a funny way COVID-19 helps because it's like a mirror exacerbating all the inequalities - racial inequality, gender inequality, poverty inequality. We need a broad movement that sees that these issues are interlinked, then I think we will be stronger in moving forward in a way that sustains us and we can live and have a good future for our children and grandchildren.

'Get angry about those who have more responsibility'

You got involved in climate action later in life. Why was that?

I always admit that I came late to understanding climate change. When I was President of Ireland for seven years. I didn't say anything about climate change. Even when I worked in the UN there was another part of the UN dealing with climate change. I think it's very important that we all get out of our silos, that we all make the connections about the inequalities and the injustices and see this as a very human problem. Climate change in the beginning was seen as being scientific, as being environmental, remote, melting icebergs, somewhere over there. But no it's about our human condition and our relationships with every other species because part of the injustice is what we're doing to mother nature and the loss of species.

What simple actions can individuals take to help reach the aims of Global Goal 13?

I believe it's important now for everyone in the world now wherever they are to make the climate crisis personal in their lives. To understand this is a time of emergency and think - ‘I've got to do something’. These are the three things I think everyone should do.

Get angry about those who have more responsibility, that includes government at all levels, cities and towns and businesses, They all need to do more. Use your vote and your voice and look on the internet and see how you support those who are active in conservation.

And the third step which I believe is the most important - we all have to now imagine this future that we have to hurry towards because it's going to be a better future, a healthier future, a future that's all about clean energy and living a sustainable life. And that doesn't mean a bad life.

When I was growing up we used to have clothes that were second hand, we used to sew on a button. Not anymore. But now I'm into slow fashion! I'm a jackets person so I’ve decided that I’m not going to buy new jackets, I’m going to reuse them instead - we all need to think along these lines.

What do you see as the role of the private sector?

It has an incredibly important role to play because it has a lot of power. It’s the private sector which is creating the emissions and therefore they have to make a commitment to be zero carbon by 2050. There's a whole coalition of businesses that are on the right road, but not business overall in the world. The vast majority of business has not yet fully understood their responsibility. Therefore the role children play with their Fridays for Future campaign is really very important in persuading business to change.

What has made the climate crisis personal for you?

The climate crisis has become increasingly important to me. It became deeply personal when I had my first grandchild because I could see that he would live for perhaps the best part of 100 years and my horizon went forward to what kind of life he would have.

What would happen in 2050 and beyond? I saw the injustice of climate change. The fine layers of injustice that it affects the poorest countries and communities disproportionately. And finally the injustice against nature herself - we have a loss of biodiversity, we had an extinction of species report last year - about 1 million species have been made extinct and every week we hear worse reports from climate scientists.

Hundreds of elephants dead in Botswana. What’s behind this conservation disaster?