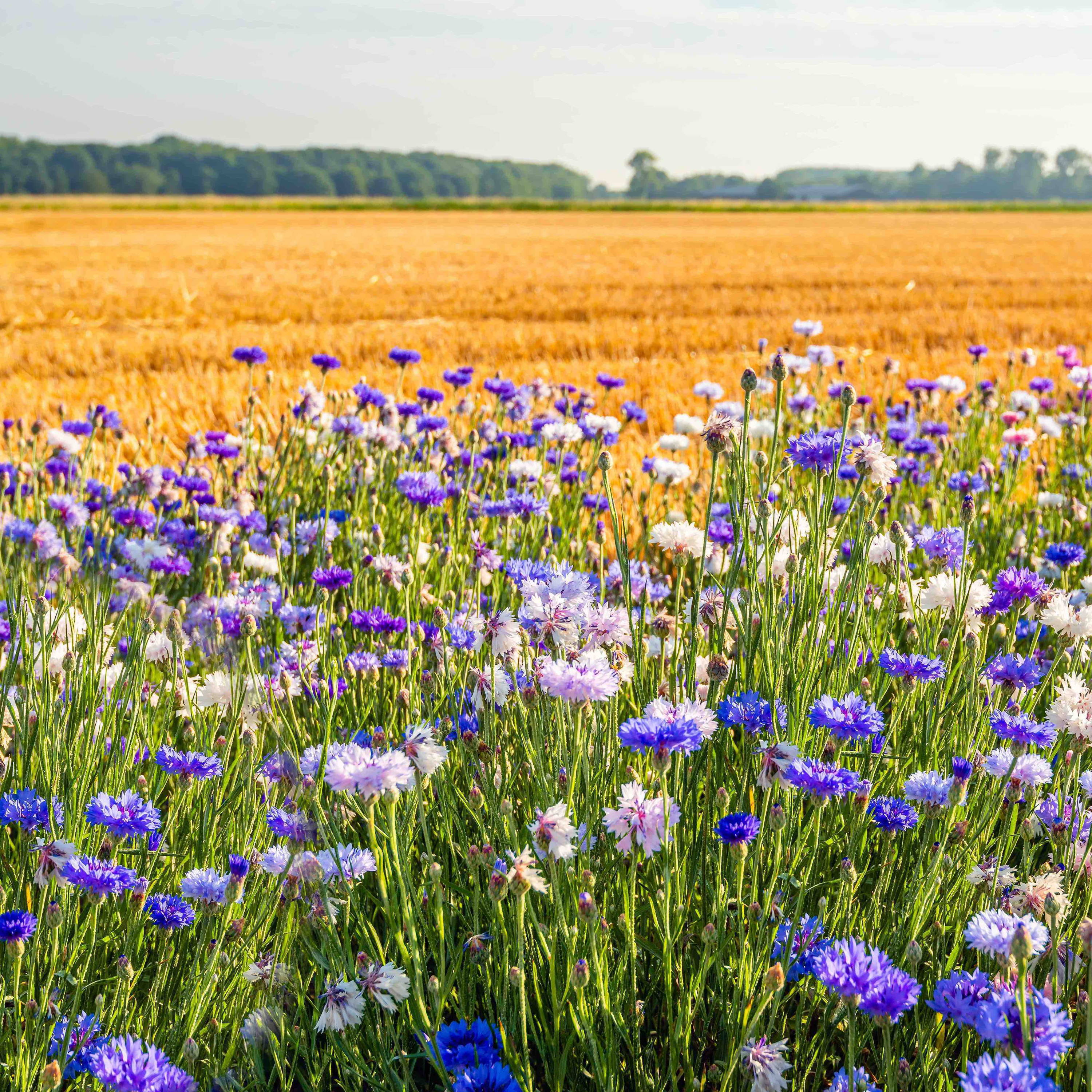 As we focus on Goal 13: Climate Action, we’re supporting the UN’s #ForNature campaign. Its aim is to make 2020 and 2021 Super Years for nature, when the planet commits to protecting nature and ecosystems, finds nature-based solutions for climate action, and halts the loss of our planet’s biodiversity before it’s too late. Our biodiversity is under threat and it’s down to (you guessed it) human behaviour. Industrial scale farming and fishing, deforestation, pollution and climate change all mean that up to a million species are currently facing extinction. And without a wide variety of plants, animals and insects living alongside us, we’re all in serious trouble.

So is it too late? We spoke to Professor Sir Robert Watson, who is a biodiversity expert and former chair of the Intergovernmental Science-Policy Platform on Biodiversity and Ecosystem Services (IPBES), often dubbed ‘the IPCC for biodiversity’. He explains why everything we as humans do, particularly what we eat and how it's produced, is having a direct impact on everything else that lives on Planet Earth.

Why are we losing our biodiversity? And why are so many animals threatened with extinction?

1: Land use change. We’ve converted most of ice-free land to agriculture, both crops and livestock. That has been the biggest threat to terrestrial species for the last 50 years all over the world. We’ve taken away natural habitat, and many animals under threat of extinction need large habitats, so even if we haven’t completely deforested an area, we’ve cut down and piece here and a piece there. You’re left with fragments, and quite often those fragments aren’t large enough for the range of those animals.

2: Exploitation. We’ve over farmed and over-fished. We’ve over exploited nature. People killing the big wild animals in Africa like elephants, lions, rhinoceroses. There’s wildlife trading, people who eat wild bush meat. Certain groups will kill monkeys to eat them, or kill pangolins to eat them. In the oceans, overfishing is the number one threat.

3: Climate change. With climate change - and we’ll focus just on temperature - as the temperature changes, the climatic zones move towards the poles. In the northern hemisphere they move northwards, in the southern hemisphere by definition they move southwards. On a mountain the climatic zone moves up the mountain side. Some plants and animals can migrate at the same rate as the climate is changing, but many other animals and plants have a much smaller climatic zone. They don’t have the capability to migrate at the rate which they need.

5: Invasive alien species. These occur when we move species around the world. Look at all the crops we grow in the UK now. Tomatoes weren’t native. Potatoes weren’t native. They all came from different parts of the world, so all countries have exploited species that did not originate in their country. There’s always a threat that when you purposely or accidentally introduce a new species that it could become invasive and wild and threaten native species.

So we’ve cleared natural habitats to produce more food, but can you explain why producing more food will ultimately lead to there being less food available for us?

Over the last 50 years we have increased food production all over the world in two ways. The first is by clearing native forests and native grasslands - we’ve even converted mangrove swamps to shrimp farms - so we’ve converted natural habitats to farming either for arable crops or for livestock.

The second is by using increased levels of chemicals - fertilisers, pesticides, fungicides - and more irrigation. A lot of these chemicals run off from an agricultural field, into a river, down the river into a lake or a coastal zone and have a very adverse effect on aquatic systems. A lot of our pollinators, especially bees, are in decline in many parts of the world. That affects many of our foods, especially fruits and nuts. Even the heavy ploughing of our soils tends to release a lot of soil organic carbon which then means the soils become degraded, therefore you put more chemicals on them.

As we lose soil organic carbon or we get erosion of our soils - land degradation, desertification - that also undermines agricultural productivity, so it’s a two way street. Our agricultural system is affecting nature and as that happens in return nature, or the degradation of nature, will affect food production in the long term. 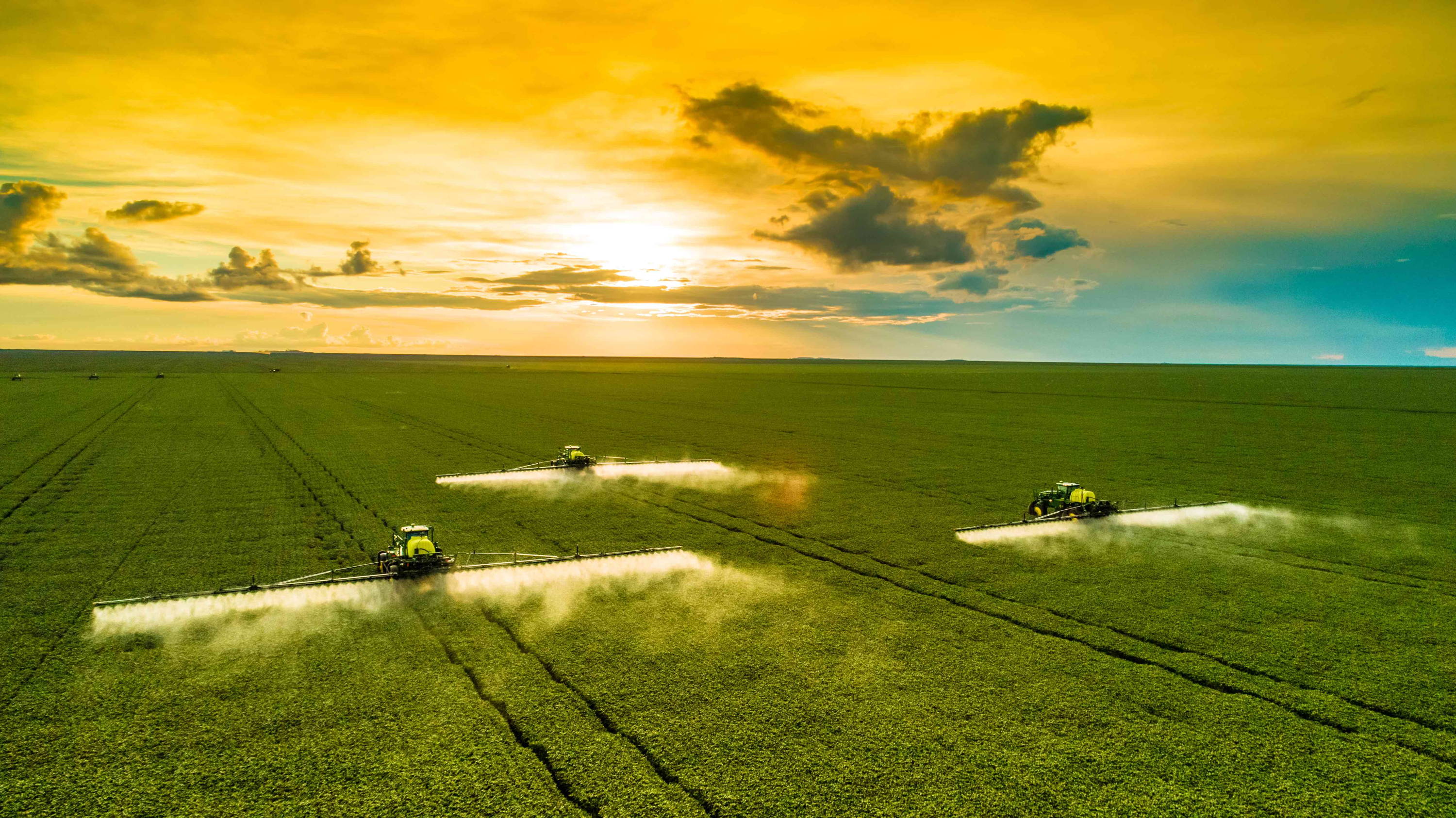 How does climate change affect our food production?

Our food system in the future is both threatened by a degradation of nature but also simultaneously by climate change. As we’re getting warmer and warmer temperatures, and as we’re seeing changes in precipitation patterns, we’re starting to have to deal with heat stress on crops, as well as drought stress or flood stress. We also have more pests and pathogens. We need to make our agricultural systems much more climate resistant, such as drought resistant crops and temperate resistant crops. Environmental issues - climate, biodiversity, land degradation, air and water pollution - they all interact with each other and they all have an affect on agriculture and agriculture has an affect on them.

How can farmers make nature based solutions to protect biodiversity?

We need to try and use fewer chemicals. I’m not saying no chemicals, but what we call precision agriculture. You can use irrigation but don’t just flood the fields. Irrigation is the biggest use of water all across the world - 70% of water is used for irrigation. Exactly how much water does a plant want? How much fertiliser does a plant need? How much pesticide does a plant need? So a country with sophisticated agriculture such as the UK can try very hard to not overuse water and chemicals. A farmer can make sure they have hedgerows, and just plant a small amount of wildflowers amongst maize or potatoes - not a lot, but putting aside a little bit of land so you can attract the pollinators - these are logical things. 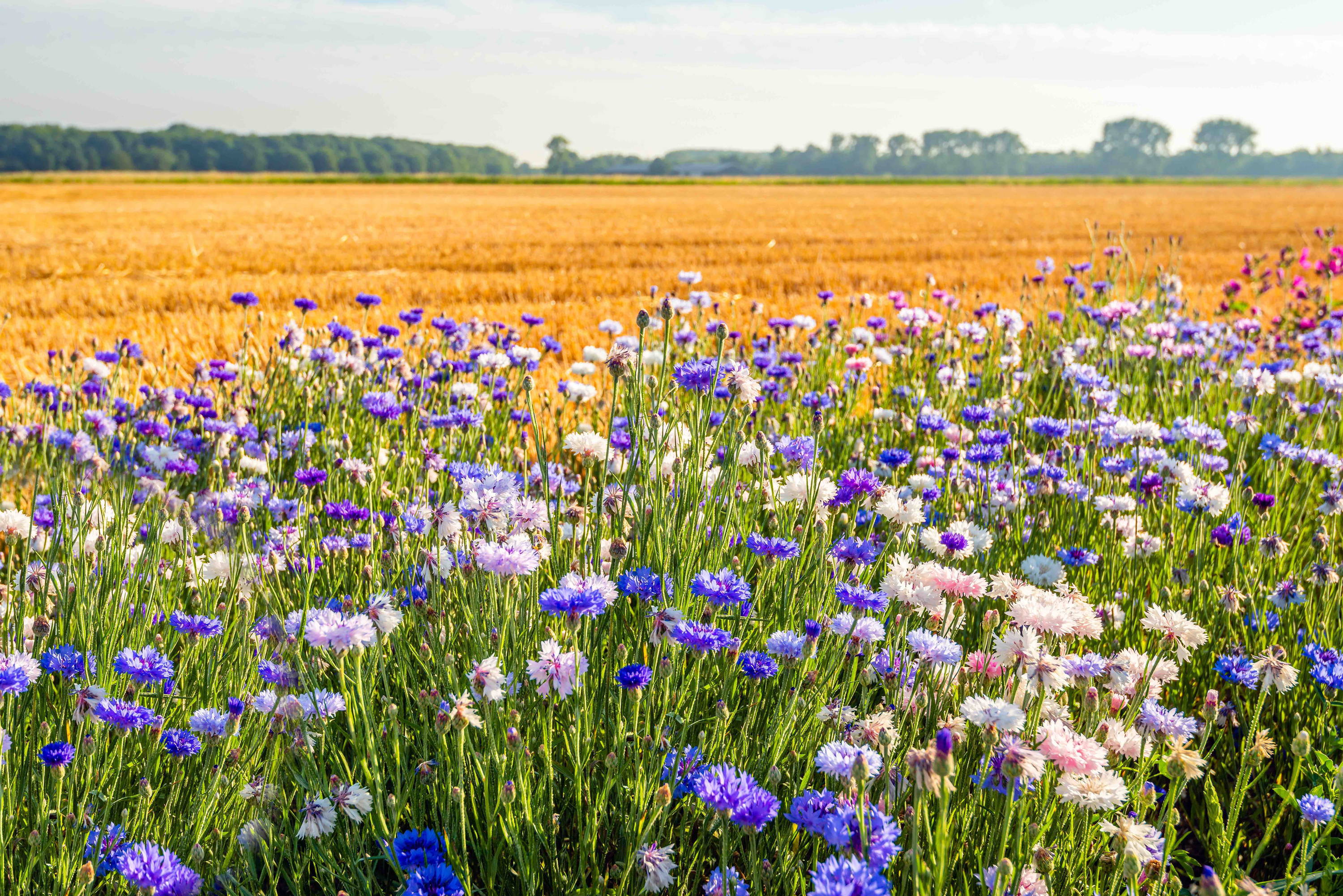 Does what we eat as individuals matter?

30-40% of all food produced in the world is wasted. In developing countries it often doesn’t reach the market place - it rots in the field or it doesn’t get to the local market - but in places like the UK, Europe and America we waste food in the supermarkets, in our refrigerators, in our restaurants. If we reduce that down to 5% or 10% that would really ease some of the pressure on nature.

And then, of course, if someone has a heavy meat-based diet, especially beef, that really has a big stress on biodiversity. I do not advocate for people to become vegetarian or vegan. If people want to, that's great, but I’m not saying all people should do that. A balanced diet between some meat and more fruit and vegetables is good for our own human health, and it also eases pressure on biodiversity. So our choice of diet and minimising our food waste helps tremendously.

Is it too late to halt this devastating loss of biodiversity?

Given all these issues are totally interrelated we’ve got to start using energy more sensibly, so we’ve got to get rid of coal, oil and gas. We’ve got to have more efficient use of energy, better buildings, better cars. We’ve got to adapt to a changing climate - we’re not going to stop it completely so we have to adapt to it better including the food and water system. We’ve got to stop cutting down our forests. We’ve got to conserve what we’ve still got left. It’s never too late but the longer we wait the worse it gets. 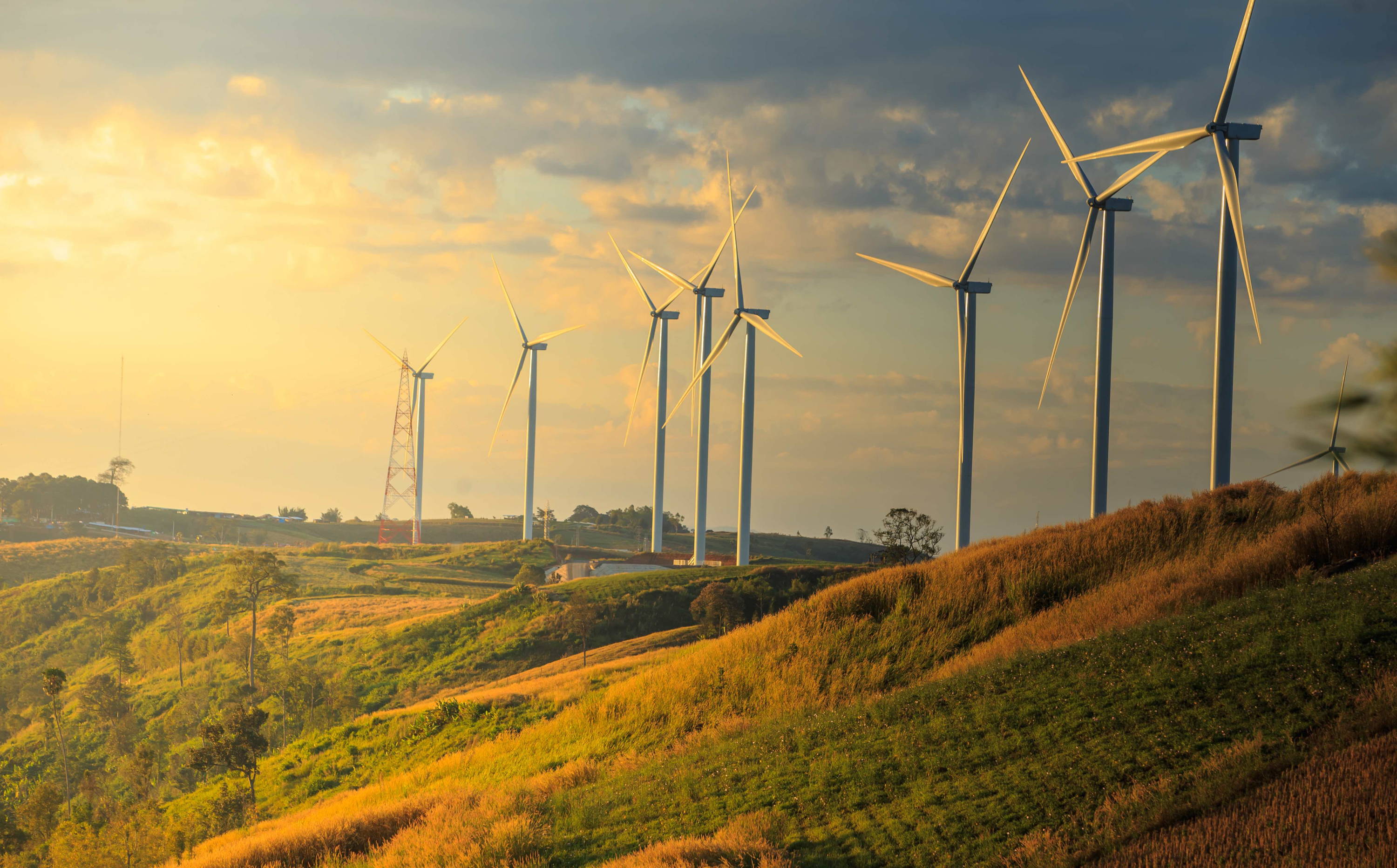 What would you say to someone who feels like this is totally out of their hands?

I’ll give you an analogy. People say why should a small country which is only responsible for 1% of global emissions do anything, when China is 30%, America is 20%, India and Russia between them are another 20%? The point is, all of the 1%s, they all add up. As citizens, there are three ways that we can actually help.

1: Our own personal lifestyle. For example, if you can use mass transportation, use it rather than your car, or use a bicycle or walk if you can. Don’t waste water in the shower. Don’t waste food. Choose your own balanced diet.

2: Vote for politicians that care about this stuff.

3: Buy goods and services from businesses in the private sector that care about the environment and social sustainability.

How To Go Meat Free (Easily) By A Lifelong Vegetarian