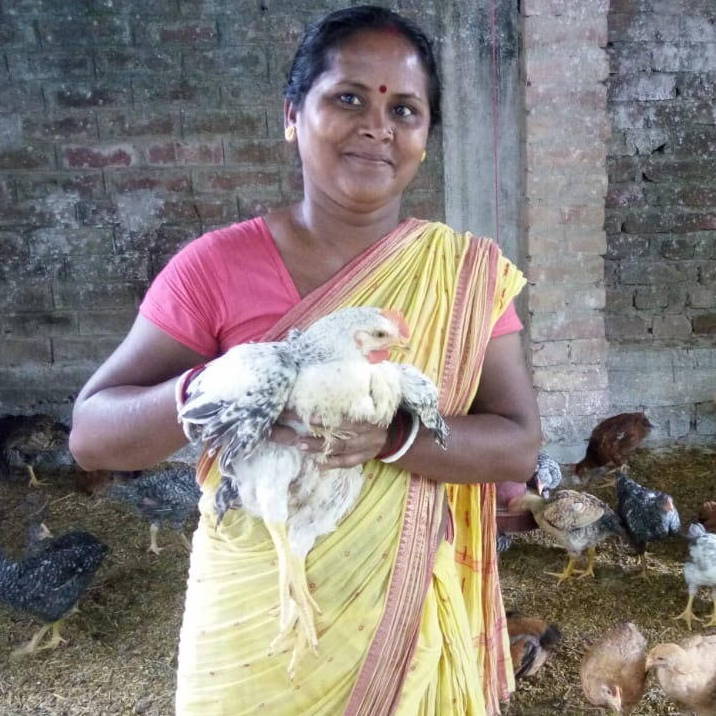 Olly Belcher is the founder and CEO of Shivia, a charity that gives families living in rural villages near Kolkata, West Bengal, the tools and training to start enterprises that allow them can earn a living in farming. We caught up with Olly to hear about the latest successes of the people she has been helping.

Was there a specific moment that inspired you to start the charity in 2008?

It was actually about 10 years earlier. My father was brought up in Kolkata and my grandfather helped to fund Mother Teresa's first home for people with leprosy. I was brought up with all these stories, so I was desperate to go to Kolkata and see what it was actually like. Before university I worked for Mother Teresa’s friend, 30 miles north of Kolkata in a very remote area. I sat in on lots of women's groups and it became very apparent that these women were living in extreme poverty with no way of earning any money or making any household decisions. They didn't have a voice in the house, but they all had skills, which they could commoditise, they just needed help. So that was really the seed of inspiration in 1998. After a stint at the World Bank, I then set up Shivia helping people with poultry farming.

You've concentrated on three very specific areas - poultry, agriculture and goateries - why do they work best?

We sell poultry toolkits at a subsidised rate. So there are 10 chicks, vaccines, medication, starter feed and training for six months. And whether they end up running a poultry enterprise or going into another enterprise, they have the finances, the know how, the confidence and the voice to do it. The impact is quite phenomenal. We've now sold over 75,000 of these toolkits to 14,500 families.We chose agricultural enterprises because we wanted something that people already had an idea of how to do, but just needed to know how to do it more effectively so they could reduce their inputs and increase their outputs. If, for example, they start a basket weaving business and they can’t sell the baskets, the money's just sitting there in the basket. Whereas if you can't sell chickens at least you can consume them. It’s the same with the agricultural produce and goats. The population in India is 1.4 billion and the demand for agricultural and food based enterprises is huge, unlike selling craft products. 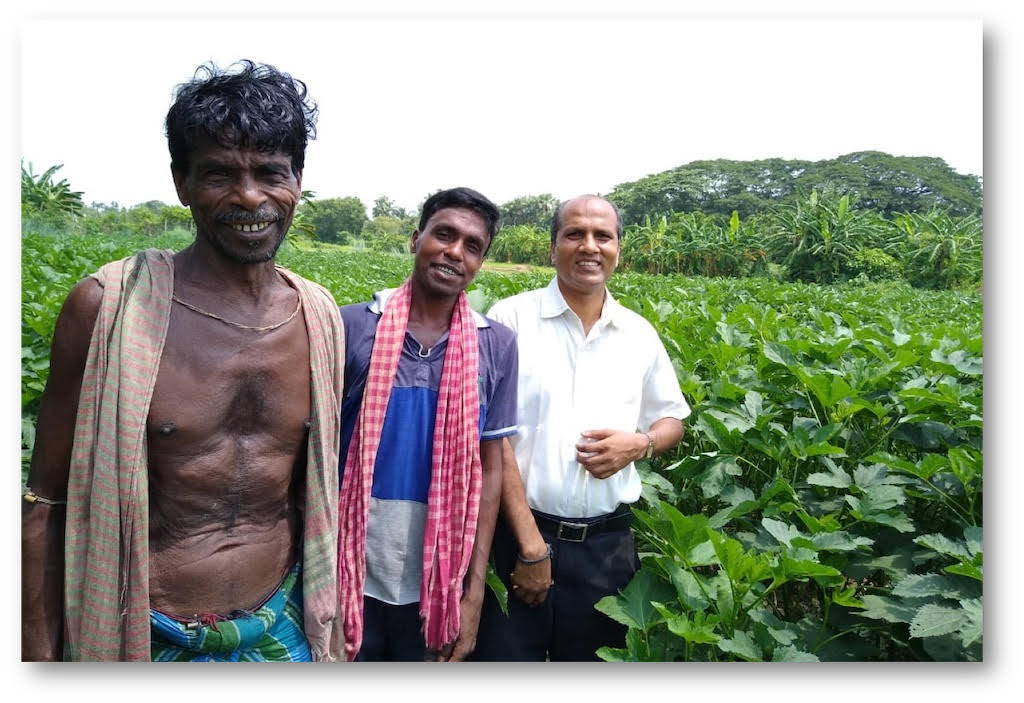 Why is it so important to give people the means of creating their own livelihoods, rather than just raising money for them?

If you give people money the moment you stop giving them money, they often get back to where they were. If you give people skills and confidence they can start something that's sustainable. We've tried very hard to create an enterprise that if we ever said "service is up,'' they wouldn’t get back to where they were. Instead, they're in a stronger position.

You work in West Bengal where many people live on just £1.50 per day - can you describe what that's like, and what kind of daily challenges they face?

It is a very hand to mouth society and there's nothing extra. It is okay for feeding your family and possibly sending one or two of them to school. But it's not okay when someone gets ill or if your child has something which we would think was simple, like diarrhea which could kill your them, because you can't afford anything extra in your life. If there is a natural disaster, or a disease outbreak, or a wedding - because there's a lot from the dowry system - you can be plunged into debt. The suicide rate is extremely high amongst the men because the burden of debt is huge.

How has Shivia changed people's lives?

There are lots of stories that make me very proud but one person who really stands out is a lady called Mangala who used to spend all day pulling the copper wire out of bike tyres. She earned £2 a day and her hands were bleeding and infected. Her husband had gone to Kolkata for work in construction and he contracted TB and died. They had daughters who are expensive because of the dowry system, but they had no money at all. She then heard about the poultry programme and two years later she has a proper coop and enterprise, and has set up a little roadside cafe – she's a really enterprising woman. Now the truck drivers all stop and sit down for an omelette and a cup of tea in her cafe, it is the social hub for the village. She also runs the community meetings for Shivia. She has totally changed her life around, she just needed someone to give her hope, confidence, training and to bounce ideas off. Now all three of her daughters are in school. Four people who thought their lives were destitute and over and now they have hope for their future. 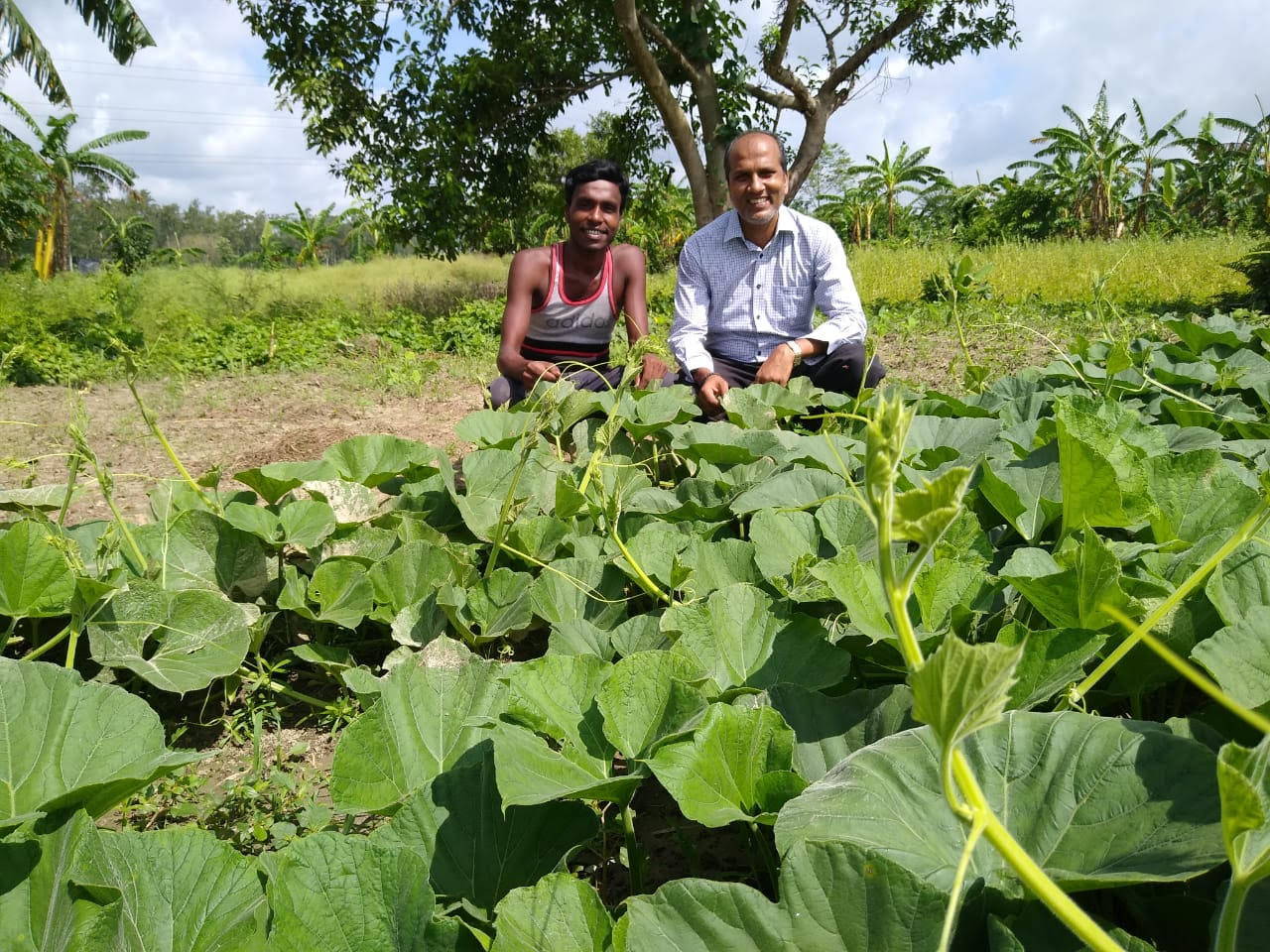 How does your work directly aid Goal 12: Responsible Consumption and Production?

The farmers in West Bengal were all leasing a small piece of land of very poor quality due to it being chemically fertilized for years. The production was low, they were in debt and it was not sustainable. So we stepped in with the agricultural programmes and helped them farm more affordably and sustainably. We soil test for them so we can tell them what part of the soil is never going to be productive because of chemicals, and then we help rebalance the soil. We teach them farming techniques which are more adept to today's climate. And most importantly we teach them how to produce homespun bio-pesticides and fertilizers from cow dung, urine, tea leaves, garlic,and turmeric.

It's quite remarkable when you see the difference between land that has been farmed with bio products and land that has been farmed with chemicals. The yield is much bigger, the crops are healthier. They say they're getting substantially more income for that for their produce. It's more reliable. They are producing more affordably and more sustainably. And with the poultry programme, most people had raised chickens in the past but the mortality rates of the chicks was around 50%. With our training and our techniques the mortality rate is less than 2%. Because they are very resource poor, they are very resourceful.

Find out more about Shivia's amazing work in this short film

Fashion Feast: 11 Fabrics And Fibres Made With Food