Now reading: Why Indigenous Peoples Are The Most Important Delegates At COP26
PrevNext 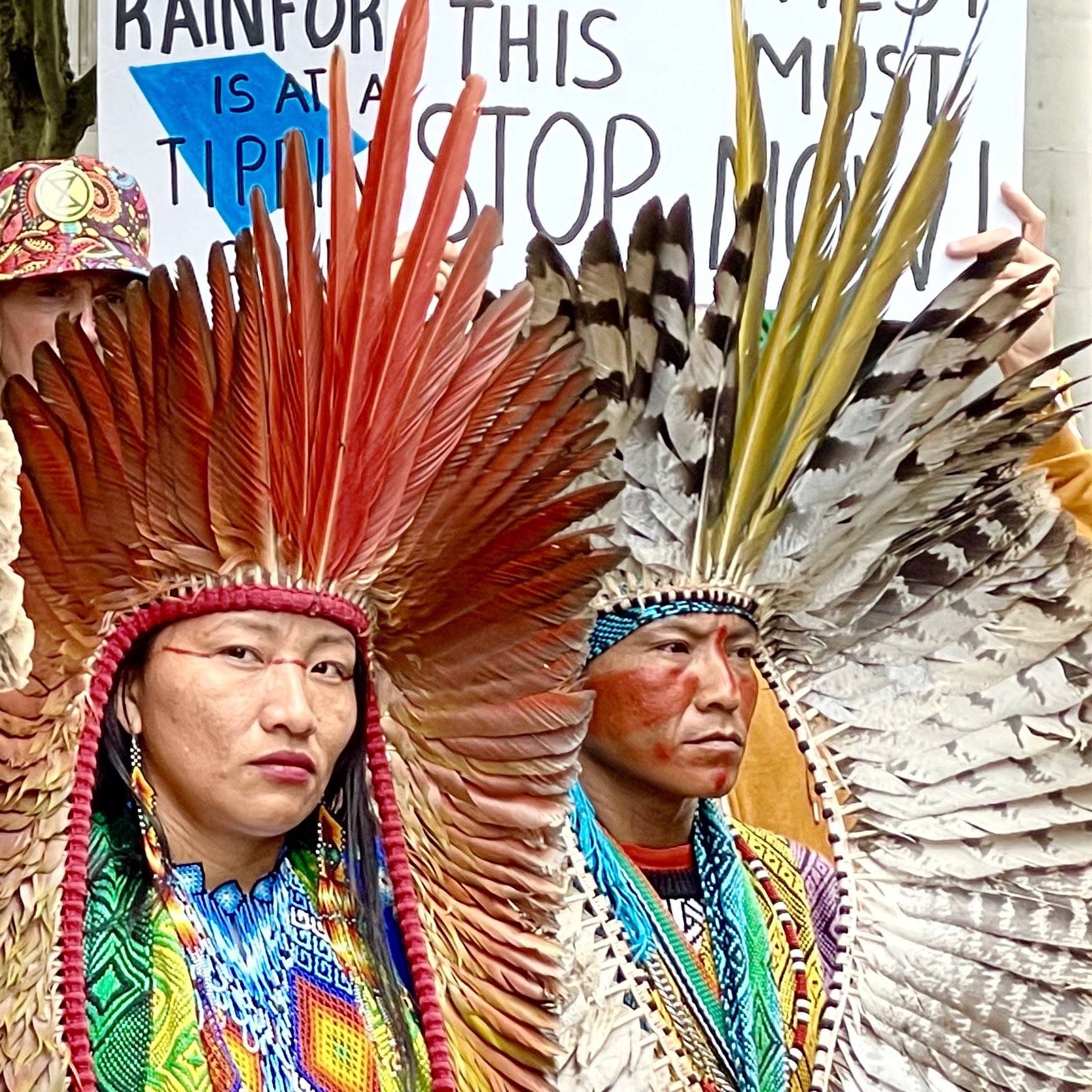 Why Indigenous Peoples Are The Most Important Delegates At COP26

Indigenous peoples play a vital role in protecting our forests, so their seat at the table for international climate change negotiations is crucial

This year’s COP26 is viewed as one of the most important climate summits in history. Its mission is to establish a global policy for ending net greenhouse gas emissions by the year 2050, in order to keep global heating to 1.5ºC, as per the landmark Paris Agreement, though some are sceptical whether this will be achieved.

The first week at COP has already sparked controversy with Greta Thunberg expressing her ongoing frustration at world leaders. ‘It is not a secret that COP is a failure. This is no longer a climate conference. This is a Global North greenwash festival.’ She and other activists including Vanessa Nakate and Mikaela Loach were joined by Indigenous peoples on stage in the city's George Square on Friday to a crowd of 30,000 people. On Saturday, Indigenous climate activist Txai Suruí (below) marched through the streets of Glasgow with other Indigenous leaders and  #TOGETHERBAND's co-founder Cameron Saul.

It is the first time Indigenous communities have had the chance to make their voices heard at COP26 (Txai Suruí made one of the opening speeches last week). Around the world there are over 370 million Indigenous peoples, with their own distinct cultures, languages, and social and political institutions, separate from mainstream society. Spread across all continents, speaking around 4000 different languages, they are coming together with one common voice to raise awareness of the importance of protecting nature, fighting against climate change and addressing the inequalities that have led these groups to be some of the world’s most marginalised. Given their reliance on natural resources, Indigenous communities are especially vulnerable to the effects of climate change, so it’s vital their voices and experiences are heard by world leaders at this year’s COP26.

‘It’s all too easy for people living in the corridors of power to forget that there are people inhabiting a rainforest, defending ways of life in these ecosystems, when to corporations the forest is a natural resource they want to profit from,’ says Maya Sherwin, a prominent activist from Amazon Rebellion, the Environmental Conservation Organisation, a branch of Extinction Rebellion (XR).

‘Indigenous peoples are defending the Amazon and ecosystems that the entire world needs in the fight against climate change and by them attending COP we hope that that message will really come through loud and clear – the fact that although Indigenous people make up only 5% of the world’s population, they play a vital role in protecting 80% of global biodiversity.’ 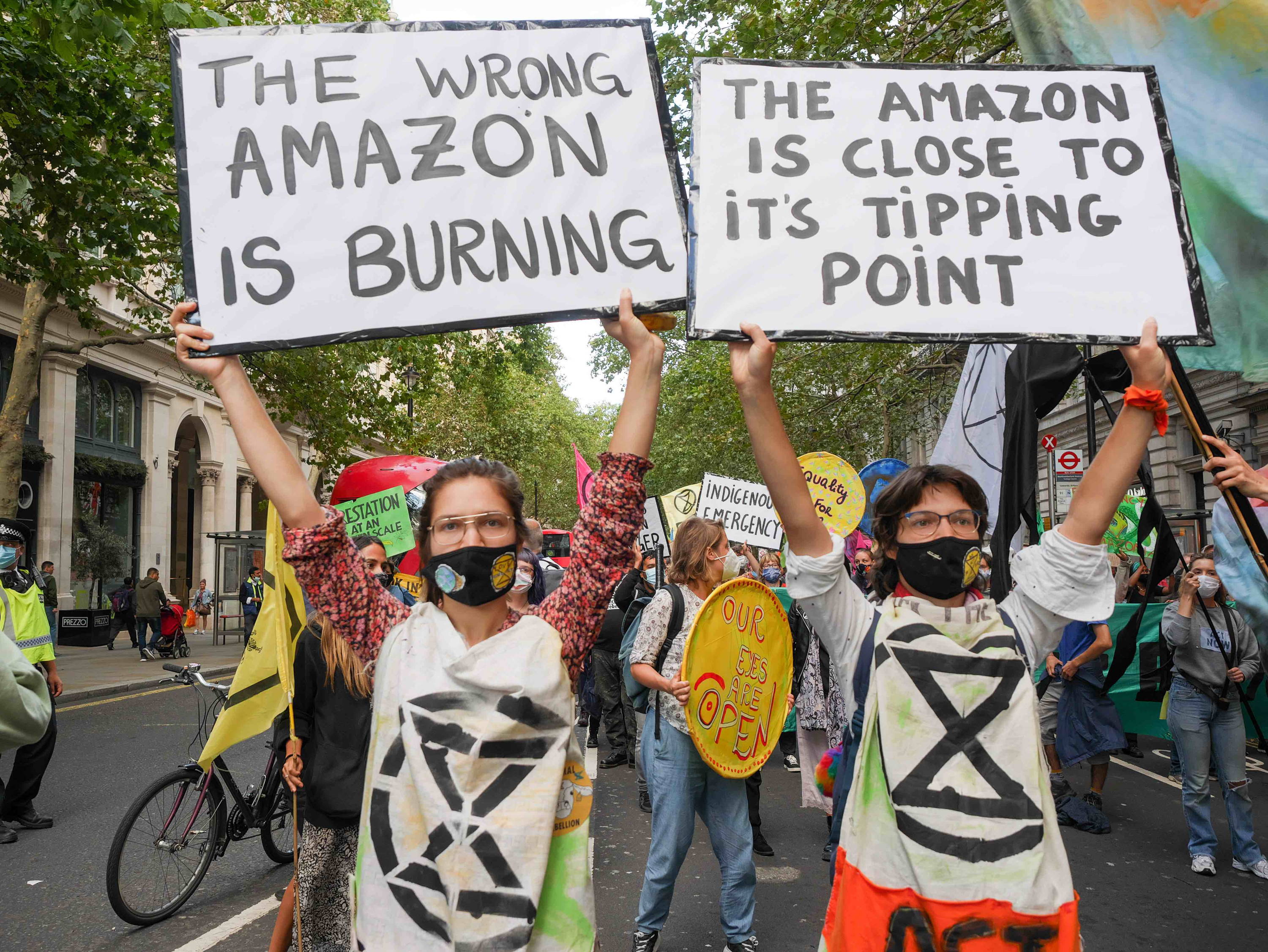 The Amazon is at a tipping point right now. The rainforest is now emitting more carbon dioxide than it is able to absorb, scientists recently confirmed for the first time. The giant forest had previously been a carbon sink, absorbing the emissions driving the climate crisis, but is now causing its acceleration, researchers revealed. A controversial proposed new bill, known as PL 490/2007, threatens to strip over 300 Indigenous communities in Brazil of their existing land rights too, so Brazil is at its most vulnerable right now. 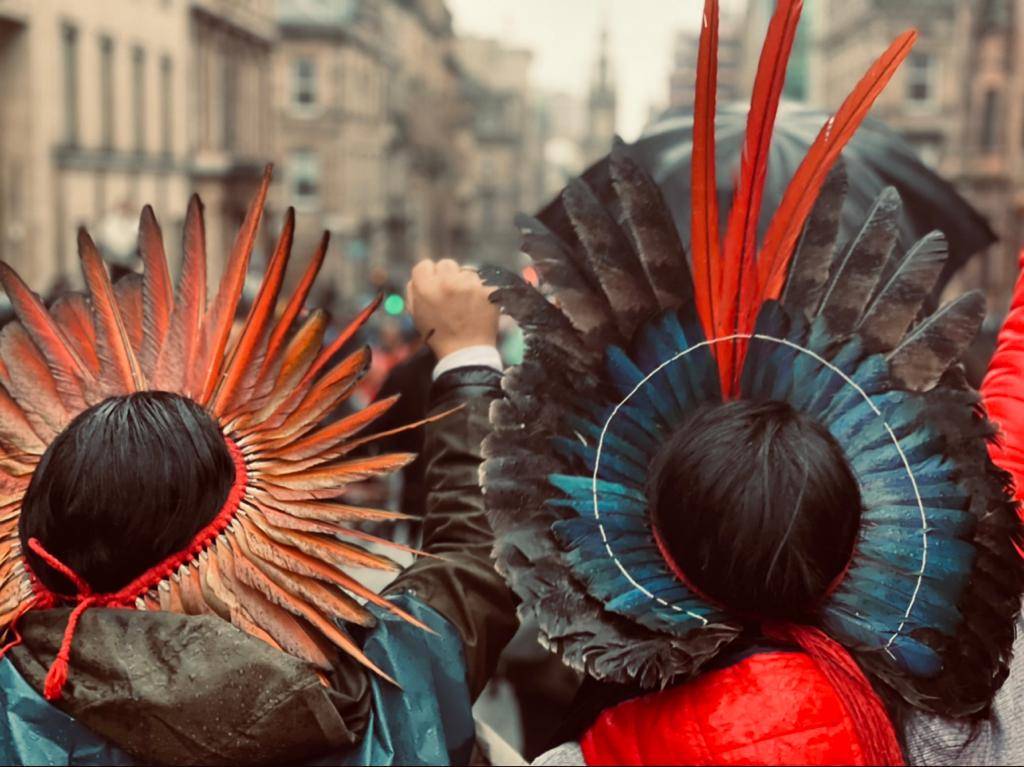 Guardians of the rainforest

This sparked Amazon Rebellion to partner with the environmental conservation organisation Association Jibioana. The organisation's fundraiser has brought five Indigenous activists and leaders to COP26 to raise their profile and have their message heard by world leaders:

Alice Pataxó - an activist, journalist and influencer from the Pataxó people, from The Atlantic Forest region, Brazil.

Thaline Karajá - a singer and activist of the Karajá people, who is originally from Brazil and now lives in Finland.

Val Munduruku - a singer and activist of the Munduruku people, Brazil.

Siã and Busã Huni Kuin (Damiao & Cosmo) - twin brothers and spiritual leaders of the Huni Kuin people in Brazil, they travel around the world to carry out projects in aid of the Amazon.

'Indigenous peoples only represent 5% of the global population, but preserve 80% of earth’s biodiversity,' says Leo Landon, President of Association Jiboiana. 'These dizzying and impactful numbers give us a new perspective on what our relationship to nature can be. Association Jiboiana works with Indigenous peoples in order to honour and support these guardians who are protecting it for all of us – humans, animals and plants.'

Sherwin continues: ‘World governments are still discussing trade deals and negotiating various agreements, but the Indigenous peoples of the Amazon are still suffering violent attacks on a daily basis. By listening to them we’re not just paying lip service to some ideal of cultural inclusion, instead it’s about recognising who the rightful guardians of the rainforest are, that their struggle is not their own, it is everybody’s and I would really urge people to listen to all the messages that they have to bring.’ 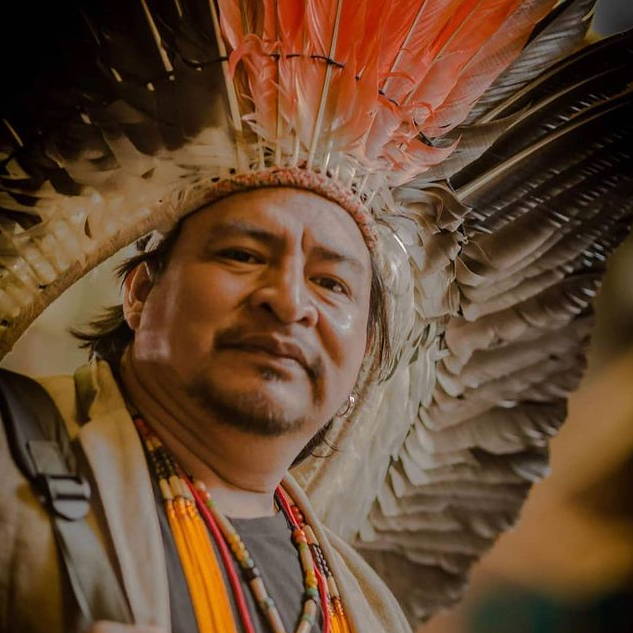 Meet the Yawanawá: 'Nature Is Like Our Family – It's Part Of Us' 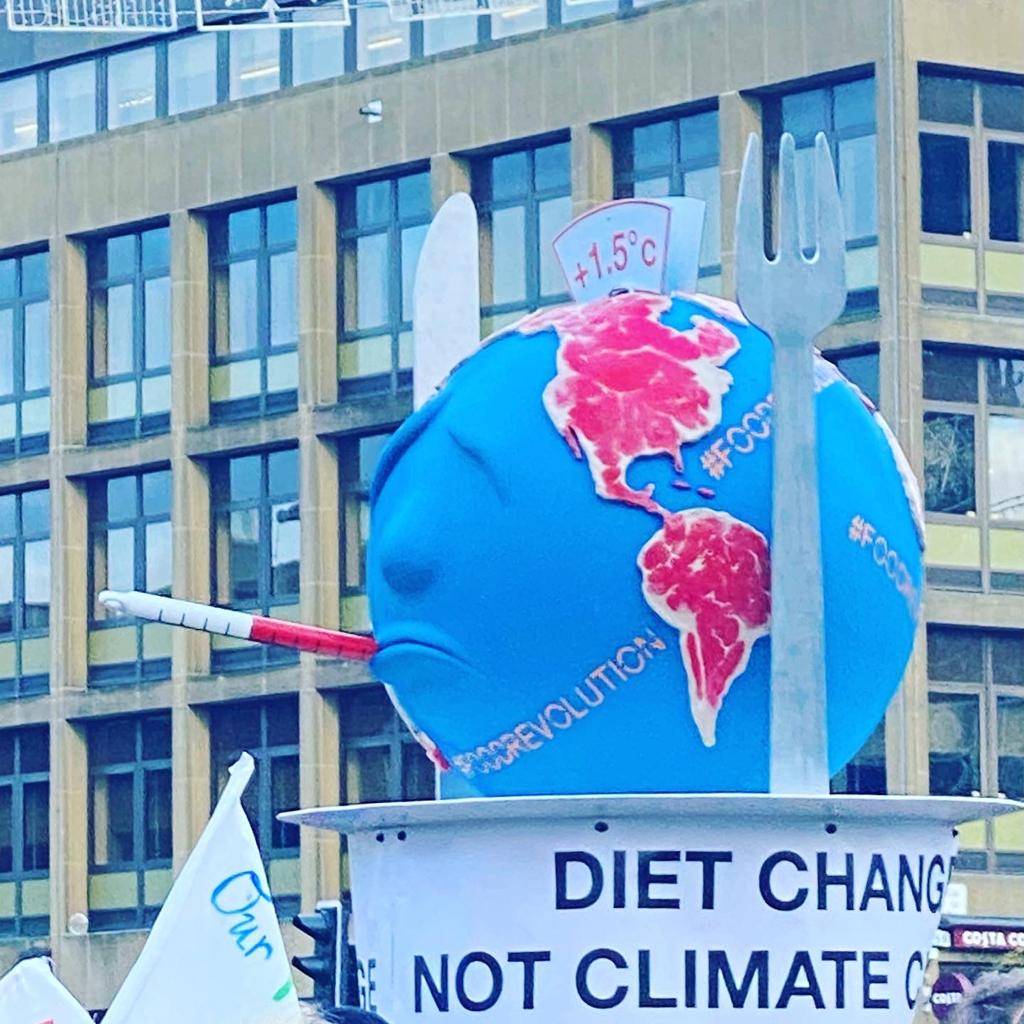 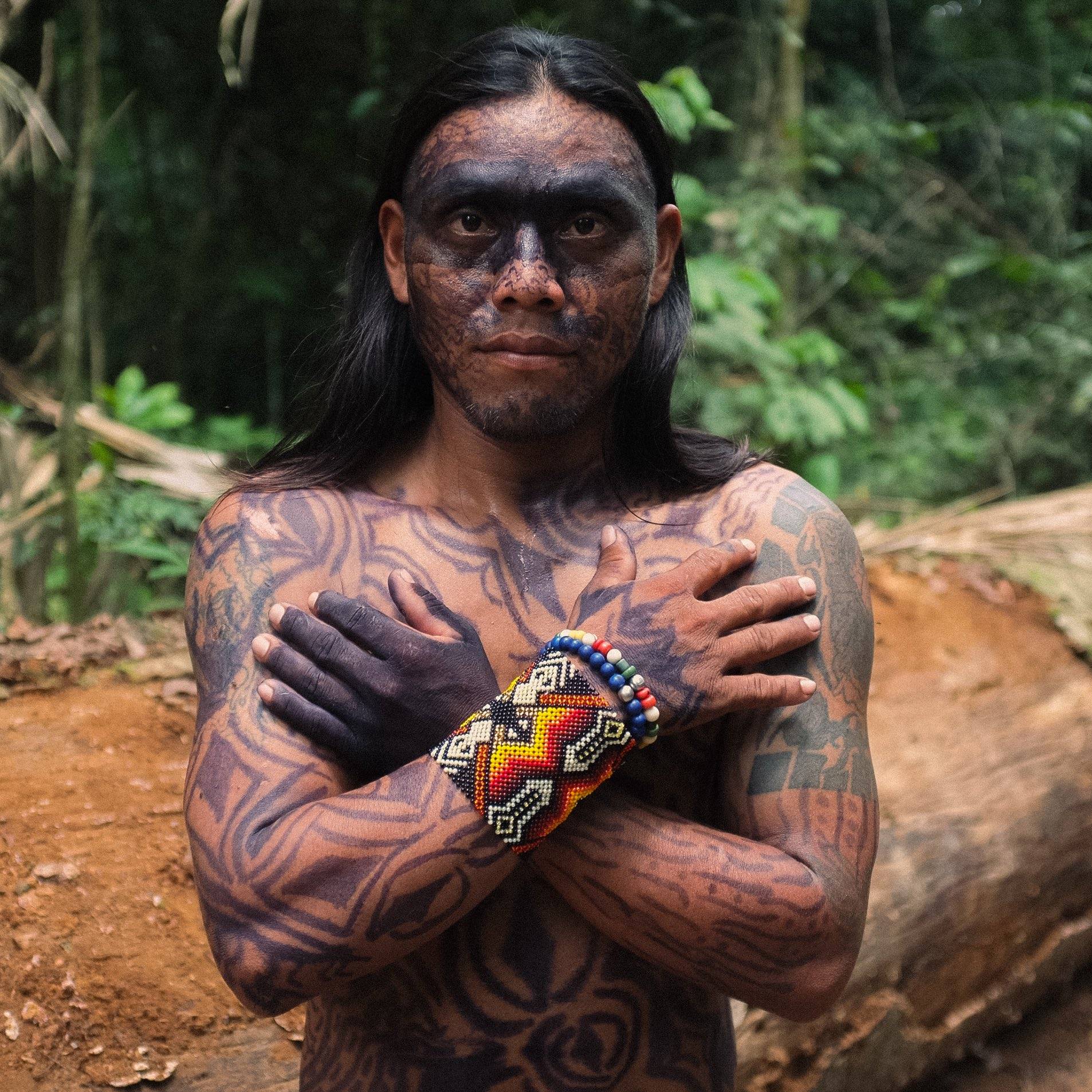 Indigenous Peoples: Guardians Of The Forest