Now reading: George Floyd's Death Was Not In Vain
PrevNext 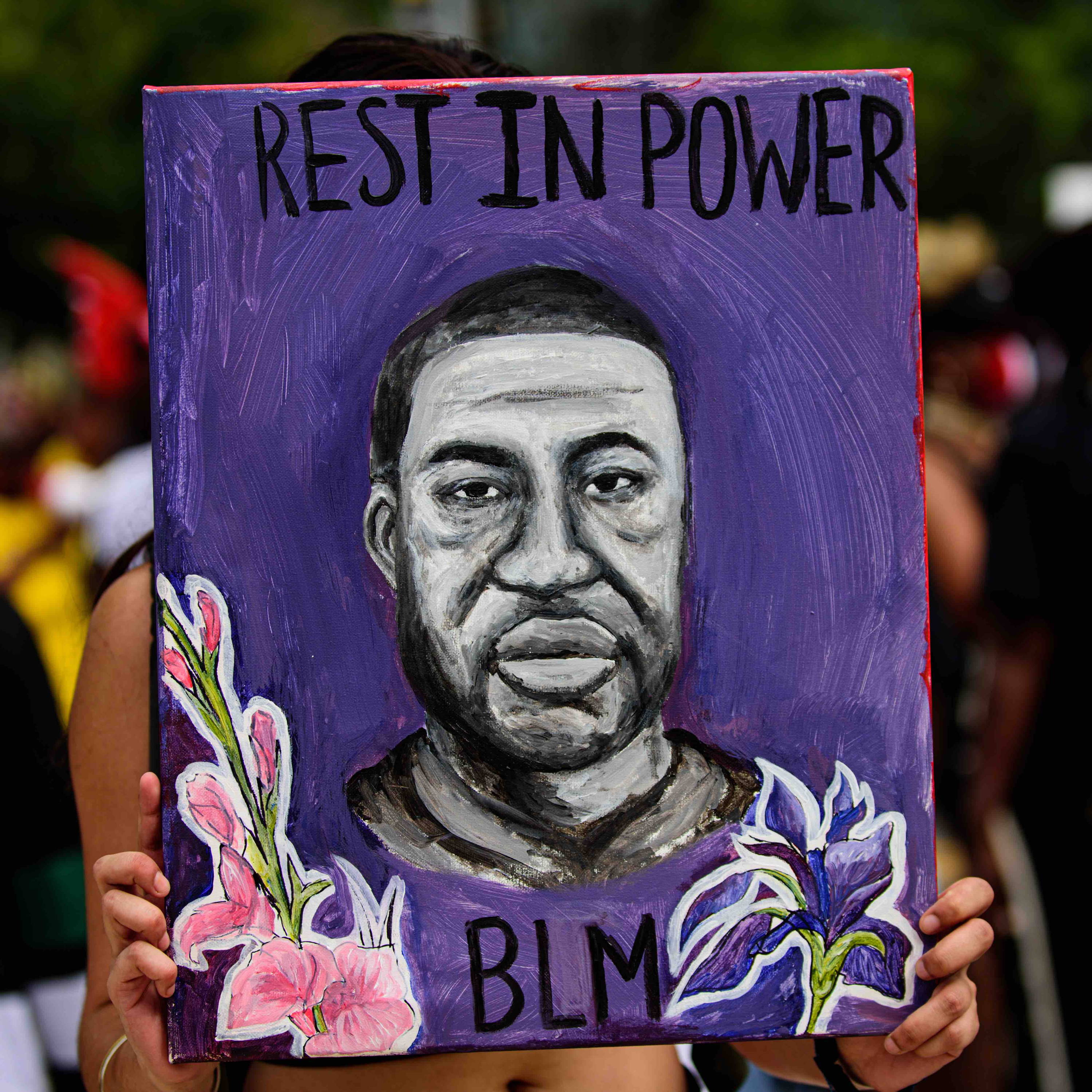 george floyd's death was not in vain

It's taken nearly a year to convict George Floyd's killer. Now finally the long-awaited verdict is in

George Floyd’s murder at the hands of former police officer Derek Chauvin not only tore apart the lives of his family but sent shockwaves across the globe and reignited the worldwide Black Lives Matter movement, one of the largest protests in history.

Now, after months of waiting, the verdict is finally in and Chauvin has been unanimously convicted of all three charges he faced: second- and third-degree murder, and manslaughter.

The jury concluded that the white former Minneapolis policeman killed 46-year-old George Floyd last May through a criminal assault. The horrific scene where Floyd was pinned to the ground by Chauvin while he told officers in desperation, ‘I can’t breathe’ was captured on camera and later viewed by millions of people online.

After leaving the courtroom, Floyd’s brother, Philonise, told reporters, ‘I was just praying they would find him guilty. As an African American, we usually never get justice.’

A lawyer for the Floyd family, Benjamin Crump, said in a statement, ‘Justice for Black America is justice for all of America. This case is a turning point in American history for accountability of law enforcement and sends a clear message we hope is heard in every city and every state.’

In court Chauvin, with his face hidden behind a pale blue disposable mask, showed little emotion as the verdicts were announced. The only visible reaction was his eyes anxiously darting around as he heard the judge utter the words that would change his life forever. Now he faces up to 40 years in prison but is likely to receive a shorter sentence. As a high-profile prisoner and ex-cop, his time behind bars will be far from easy, with a high chance he’ll be targeted by other inmates.

‘Those three words will forever remain branded on my soul: Guilty, Guilty, Guilty,’ says Paula Rhone-Adrien, one of the UK’s leading Black female barristers. ‘I listened intently to the verdict, with an overwhelming sense of relief and tears for all those who have suffered due to the "state appointed" murder of George Floyd.’

In the US young black people under 25 are SIX times more likely to be shot dead by police than their white peers, according to the Washington Post’s national database of fatal police shootings (started in 2015).

‘This isn't just a number, it is a reality for parents of young black men who are forced to teach their children how to protect themselves if they are pulled over or stopped by the police,’ continues Paula Rhone-Adrien. ‘This isn't just a problem within one particular state, but requires a seismic shift in how institutions, including law enforcement, address racism.’

The power of protest

#TOGETHERBAND ambassador Lewis Hamilton posted his own powerful reaction to the verdict on Instagram, writing, ‘The emotions I feel right now are hard to describe. Derek Chauvin has been found guilty. This is the first time that a white officer has been convicted for killing a black man in Minnesota. This is monumental, George’s death is not in vain.

‘The result of the Derek Chauvin trial today is the right one. Convicting him of all three charges marks a new dawn in the fight for racial justice…’

Outside the courthouse, crowds of people chanted, ‘All three counts!’ and ‘Whose victory? Our Victory!’ One man shouted to the crowd through a bullhorn, ‘Don’t let anyone tell you protest doesn’t work.’

It’s a sentiment echoed across the world, as Lewis Hamilton concluded in his post: ‘Today’s outcome is a sombre victory for George and his family, but it shows that our efforts to promote justice are not in vain. Black voices have been heard and action is happening. When we stand together, we can make a difference.’

The Brilliant Innovators Working Towards Affordable And Clean Energy

17 Ways #TOGETHER BAND Is Making Change