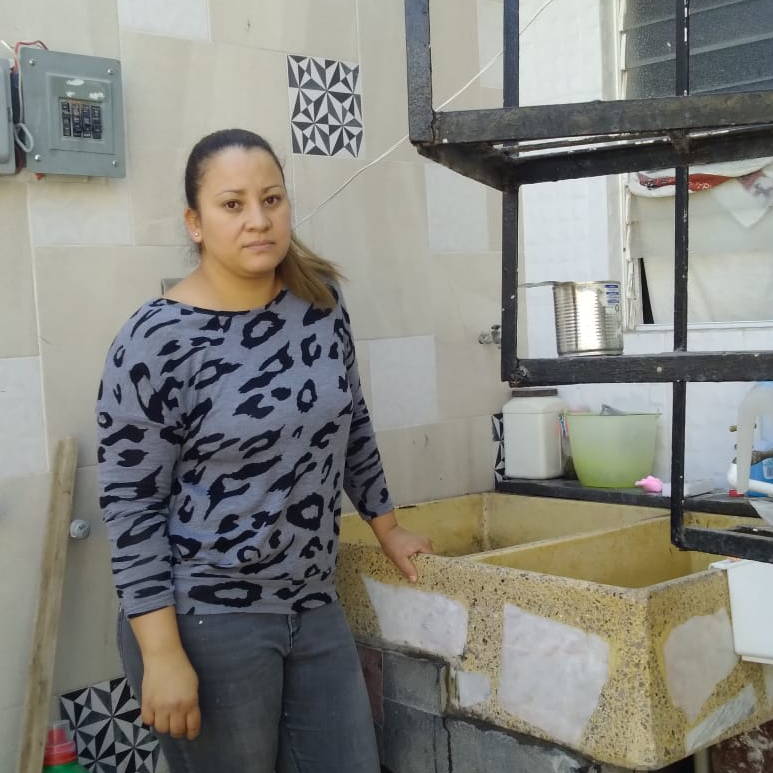 Tania Rosales, 37, lives with her family in the Reyes La Paz area of Mexico, just outside Mexico City. Their neighbourhood’s water comes from a local well. ‘At 8pm every night the water in our home is cut off – and there isn’t a drop until 8am the next morning,’ she says. Tania lives in a family of five – with her 11-year-old daughter Zara, her mother, sister and her sister’s 18-month-old daughter.

For Tania's morning wash she heats a bucket of water because she has to leave by 6am to get to her cleaning job and there’s no water for the shower before 8am.

‘If I get home from work after 8pm then there's no water, so washing my clothes and dishes has to wait until the next day – or even the weekend,’ Tania says. ‘Several times a year, the water is cut off completely for maintenance, sometimes for nearly a week. I fill buckets and barrels, everything that I have, but it's not enough to last us until it comes back on,’ she adds.

‘Some of our neighbours have cisterns so we go to them to ask if they’ll give us some water. Some are willing to help and some aren't, because there’s a lot of us in the neighbourhood.’ 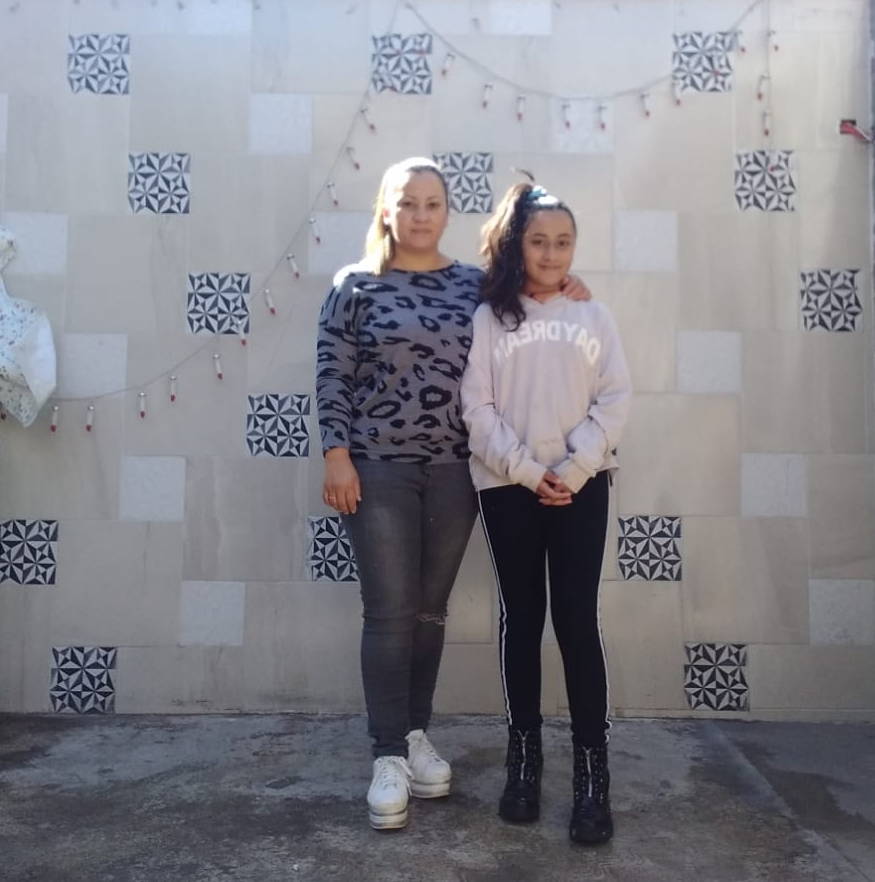 Tania Rosales with her daughter Zara

The reality is Mexico is running out of water, a crisis that exacerbates everything from sewage spills to subsidence. The rainy season between June and September brings flash floods, so it’s a paradox that a country prone to flooding could also suffer a chronic water shortage. The country’s lack of water combined with poor infrastructure, bad management and pollution are a toxic mix, according to Carlos Lopez, a researcher and professor at the Centre for Demographic, Urban and Environmental Studies (CEDUA) at The College of Mexico.

‘Today the Mexican government's budget for the water sector is 50 per cent less than in 2011,’ says Carlos Lopez. ‘That means a pause in improving the infrastructure and a reduction in the expansion of water treatment plants.’  This is despite the fact that the Mexican government consecrated the right to clean water as universal in the country's constitution in 2012.

‘For many years now, access to water has been expanding, bit by bit. With the passing of the amendment, I haven't seen the process accelerate, how we’d hoped. Access keeps growing, but at the same pace as before,’ he explains.

While not every area of the country is like Mexico City, the capital is a microcosm of the national water issues. Access to water is relatively consistent in upper-class neighbourhoods, but service is patchy in poorer communities. City-wide water cut-offs are common. The city's aquifers are being emptied faster than they can naturally refill themselves, and even where you find water flowing freely from the tap, it's not always safe to drink. Over half of Mexico’s population doesn’t have access to safe drinking water at home, according to 2017 figures from UNICEF and the World Health Organisation (WHO). 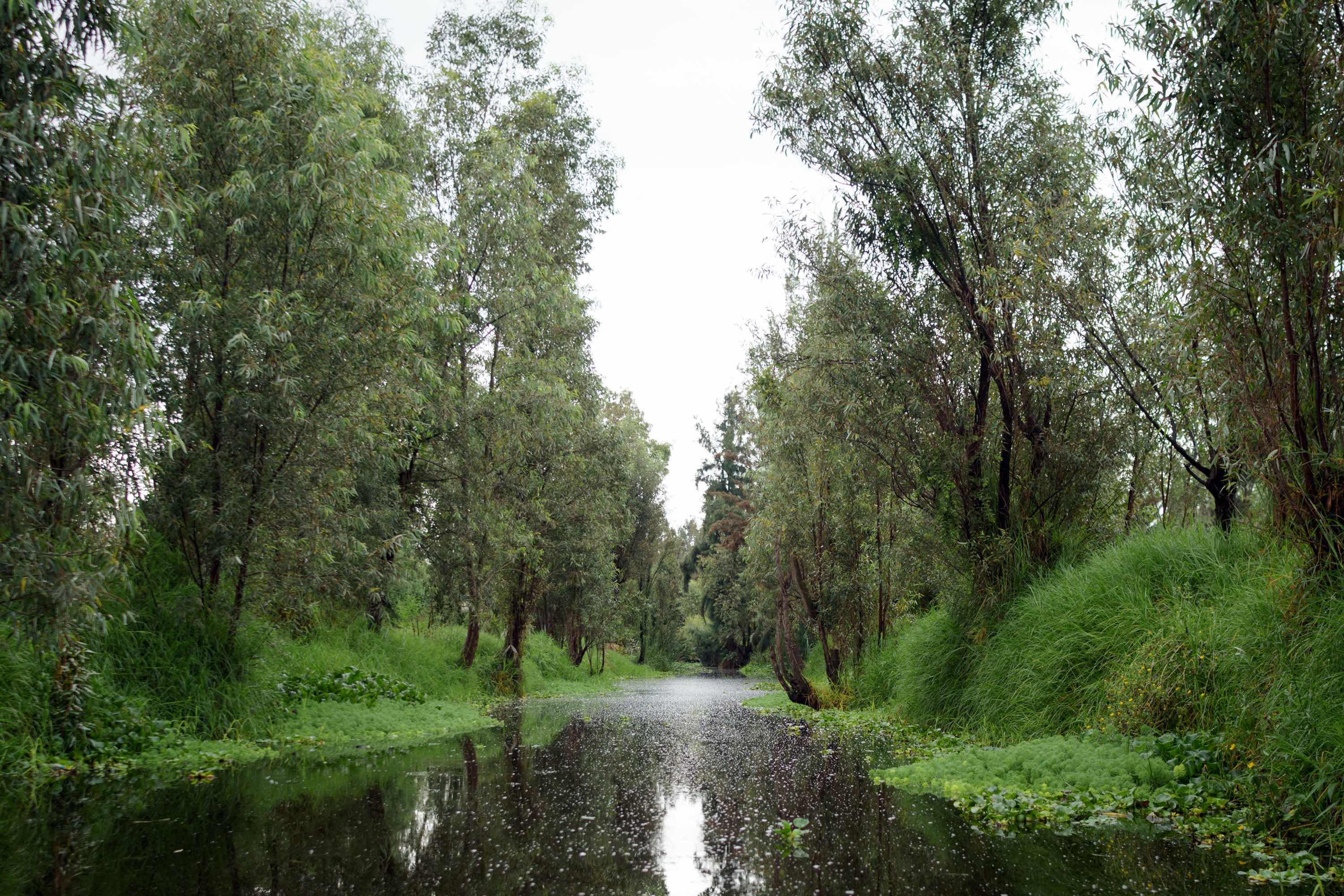 The canals in Xochimilco, Mexico

Floating along in Mexico City's southern canals you would never imagine that there's a water shortage. The ancient canals are filled with fish, ducks and the egrets that hunt among the lotus-lined shores.

But looks can be deceiving. The water below the boats comes from a local water treatment plant and its levels of harmful microbes and heavy metals make it too polluted to drink. The few inhabitants that live full-time by the canals also have no running water.

Mother-of-three Dulce Rosario and her family, who have been living on one of the canals' man-made islands – called chinampas – for the last 13 years, regularly transport water jugs in their flat-bottom boat from town out to their house in the canals. This store-bought water is for drinking and cooking. They also fill buckets from a hose on the nearby shore of one of the islands, but the water is unlikely to be safe to drink. 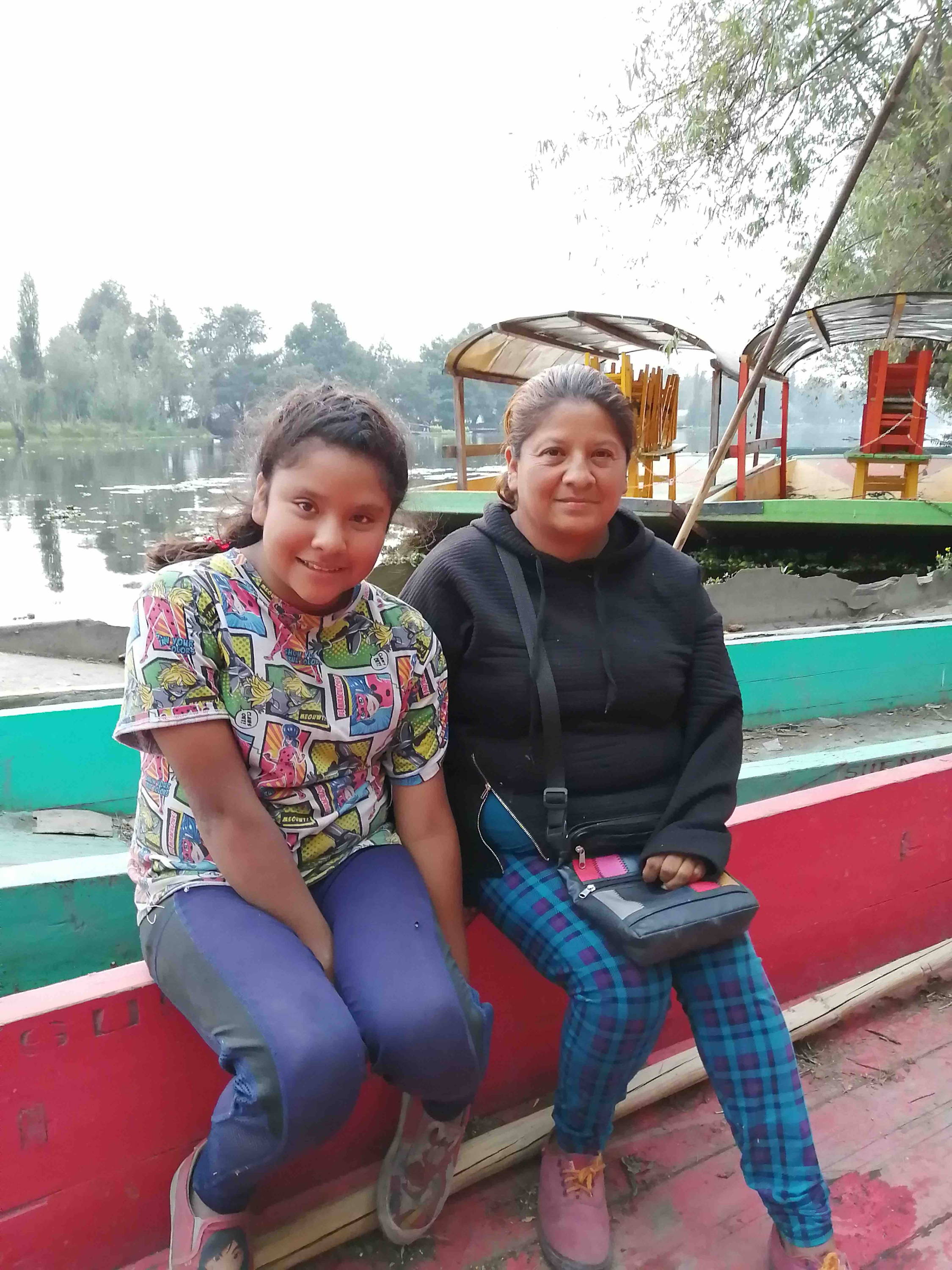 Dulce Rosario and her daughter Luz

Dulce grew up in these waters. Her father was born in the chinampas and brought them out often when she was a child. Luz, Dulce's bright-eyed 11-year-old daughter, was also born on the water, and has never known a home with running water.

‘She is a chinampera by birth,’ says Dulce proudly.

Dulce and her two other children, 15 and 19, once lived a few kilometres away in the centre of the Xochimilco neighbourhood, with plenty of running water, but Dulce says that adjusting to life in the canals wasn't so hard for her.

‘It was more difficult for my husband than for me,’ she says. ‘He's more of a city person and me, well… this was my world.’

Designated as an ecological reserve, the chinampas and canals of Xochimilco are technically a construction-free zone. Anyone living here is considered 'irregular' aka illegal. Despite that, many like Dulce move out to the chinampas because they can't afford the rents further into the city's centre. There are no services here, electricity comes through illegal lines that droop across the canals and it's only enough to run a few lights or the TV.

‘I don't think we are ever going to have water here because it’s a protected area,’ says Dulce. ‘The weird thing is the prohibition is only from the canal to over here, but all of the houses over there are fine,’ she says pointing to the ‘town side’ of the canal.

‘That house over there is enormous and we live in tiny houses made of wood. And it's more likely that the government would tear down our houses than theirs.’ 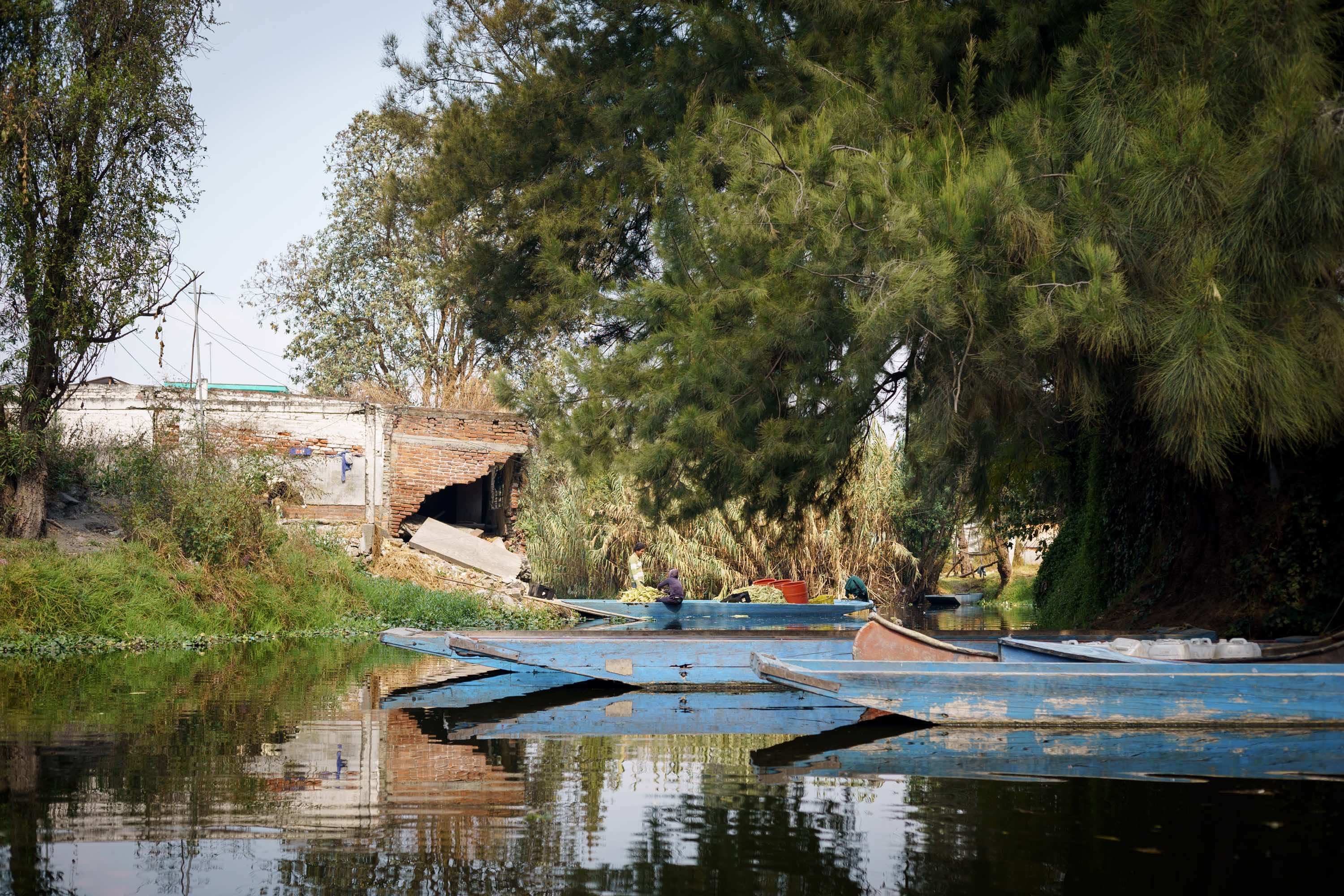 The canals in Xochimilco, Mexico

Like Xochimilco, many of the city's other periphery neighbourhoods also lack water and the necessary water infrastructure. Urban sprawl and illegal settlement on the outskirts of the city since the 70s have played their part. Neighbourhoods constructed without infrastructure to begin with have had a struggle getting the city to install it retrospectively.

The population boom combined with a lack of political interest in helping these marginalised areas, has meant that many residents live without reliable water access.

Ivan Morales, a researcher at UNAM (The National Autonomous University of Mexico) says the natural history of these areas also affects their water supply. ‘The areas still contain some of the same traits of the old Texcoco lake system. Historically the Aztecs divided the lake into an area of fresh water and an area of salt water. The fresh water was in the higher parts and the salt water was in the areas where Texcoco, Iztapalapa, Chalco and Tláhuac are now.’

This ‘salt water’ is the result of volcanic soil adding high levels of salt and minerals to the groundwater. Additionally, many of these neighbourhoods are built atop former landfills and there has been little research into how the decomposition of the rubbish might be affecting the water quality there. 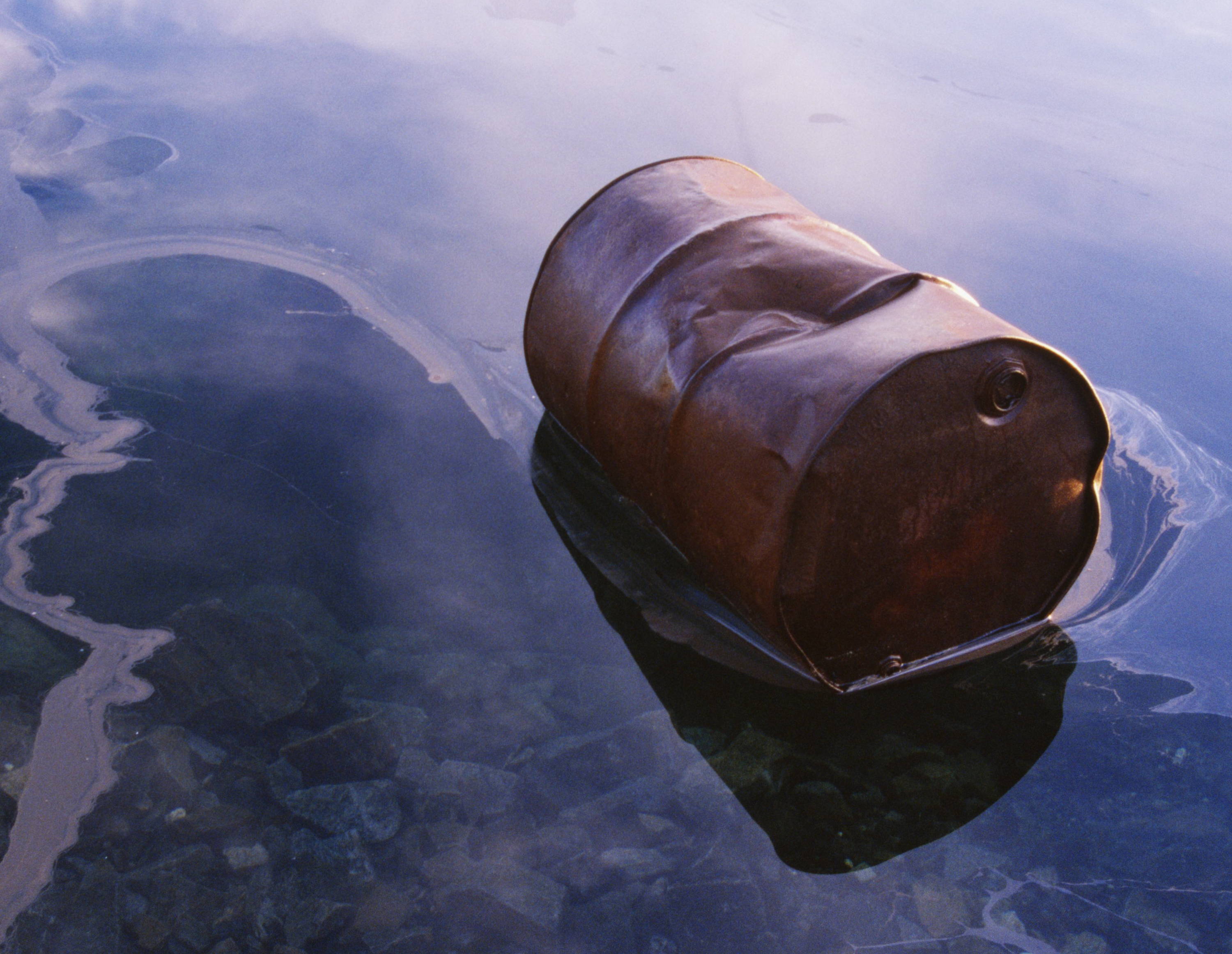 Pollution in Mexico's waterways goes way beyond the problem of old landfills unfortunately. In 2019 Conagua tested over 2000 surface water sources in Mexico and found that around two-thirds of them didn't meet clean water standards. The country's two biggest water consumers are also two of its biggest polluters – industry, in particular mining and agriculture.

Stricter regulation and enforcement might do something to curb the incredible illegal dumping of industrial grey waters into Mexico's waterways and other bodies of water, says Morales, but right now businesses (such as oil and mining companies) don't have enough incentives to protect their water supplies.

‘Sometimes it's cheaper for companies just to dump and pay a fine than spend the money to clean their wastewater,’ says Morales.

The fees for water use are based on an antiquated system that no longer reflects Mexico's current water reality – water for agriculture for example is free, a policy linked to the country's agriculture revolution and an old Mexico that was flush with natural resources and had a much smaller population. Now Mexico has a population of 126 million people and hundreds of large agribusinesses that use an excessive amount of water, and not always to the best of its ability. Much water is lost in evaporation and other inefficient forms of irrigation. 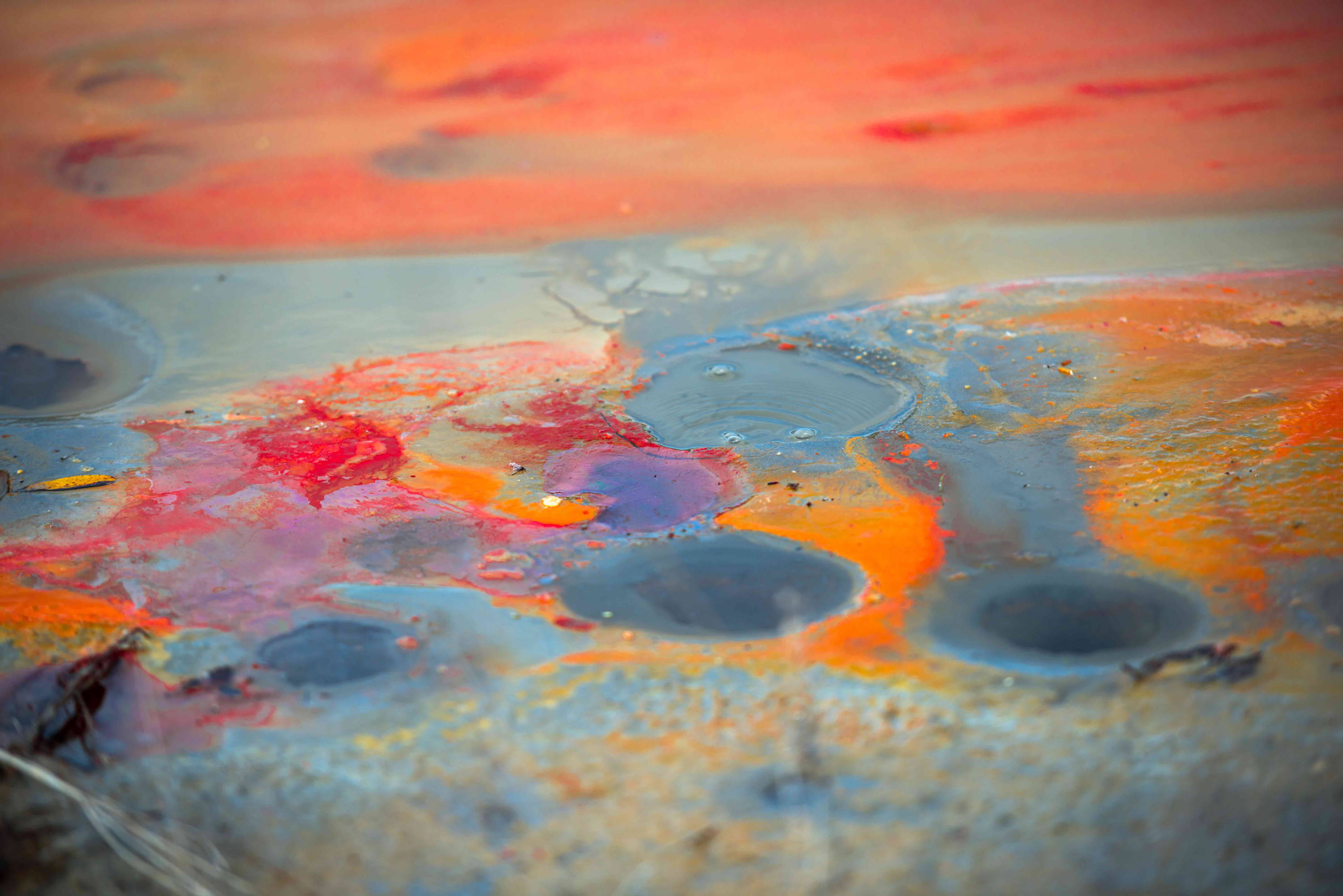 Dulce says that water they collect from the hose on the chinampas often comes out yellow and that's when they know not to use it. But even if it were clear, Morales counters, much of the country's water contains ‘bio-accumulate’ toxins, meaning while they may not hurt us immediately there may be long-term effects.

Of Mexico's 653 aquifers, 105 are over-exploited according to Conagua's 2018 report on the state of water in Mexico. Many claim that the real number is much higher. Lopez says the question of whether Mexico will run out of fresh water is a regional one. In southern Mexico there is plenty of water and a relatively small population, in the north, where the bulk of the country's industry and people live, water sources are drying up. This is aggravated by the fact that some 43% of Mexico City's water is lost to leaks throughout the system, according to Lopez.
‘A large percentage of those leaks happen in defective facilities in peoples' bathrooms, that could be fixed by simply changing a piece of hardware,’ adds Morales, explaining that Mexico City's shaky subsoil makes broken pipes and leaks a constant reality. 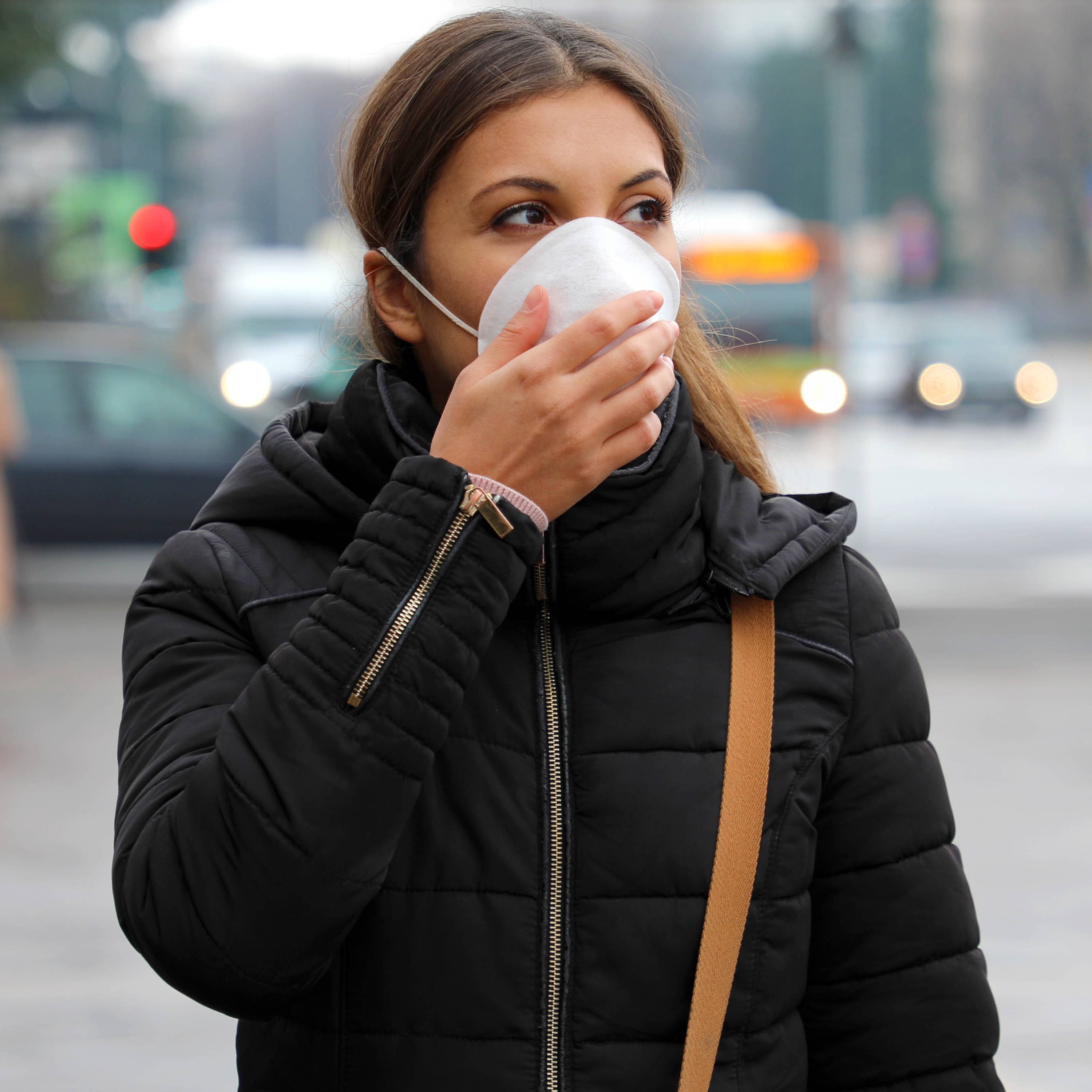 Mexico is one of the countries worst affected by COVID-19, with over two million cases and nearly 200,000 deaths from the virus so far. While leaders have encouraged residents to stay home unless absolutely necessary, for most citizens this isn't an option. With little financial help from the government many must carry on, go to work and risk their safety to feed their families.

Being able to regularly wash hands when you live without access to running water can be impossible, despite its vital importance during a pandemic. Having to leave your home to fetch water is just one more risk of exposure to the virus, that these families have to weigh up.

‘Inequality, in terms of access to water, was a long-standing structural problem, the pandemic just came along and exacerbated it,’ explains Lopez, insisting that the true cost of the lack of water during the COVID-19 crisis has yet to be seen. 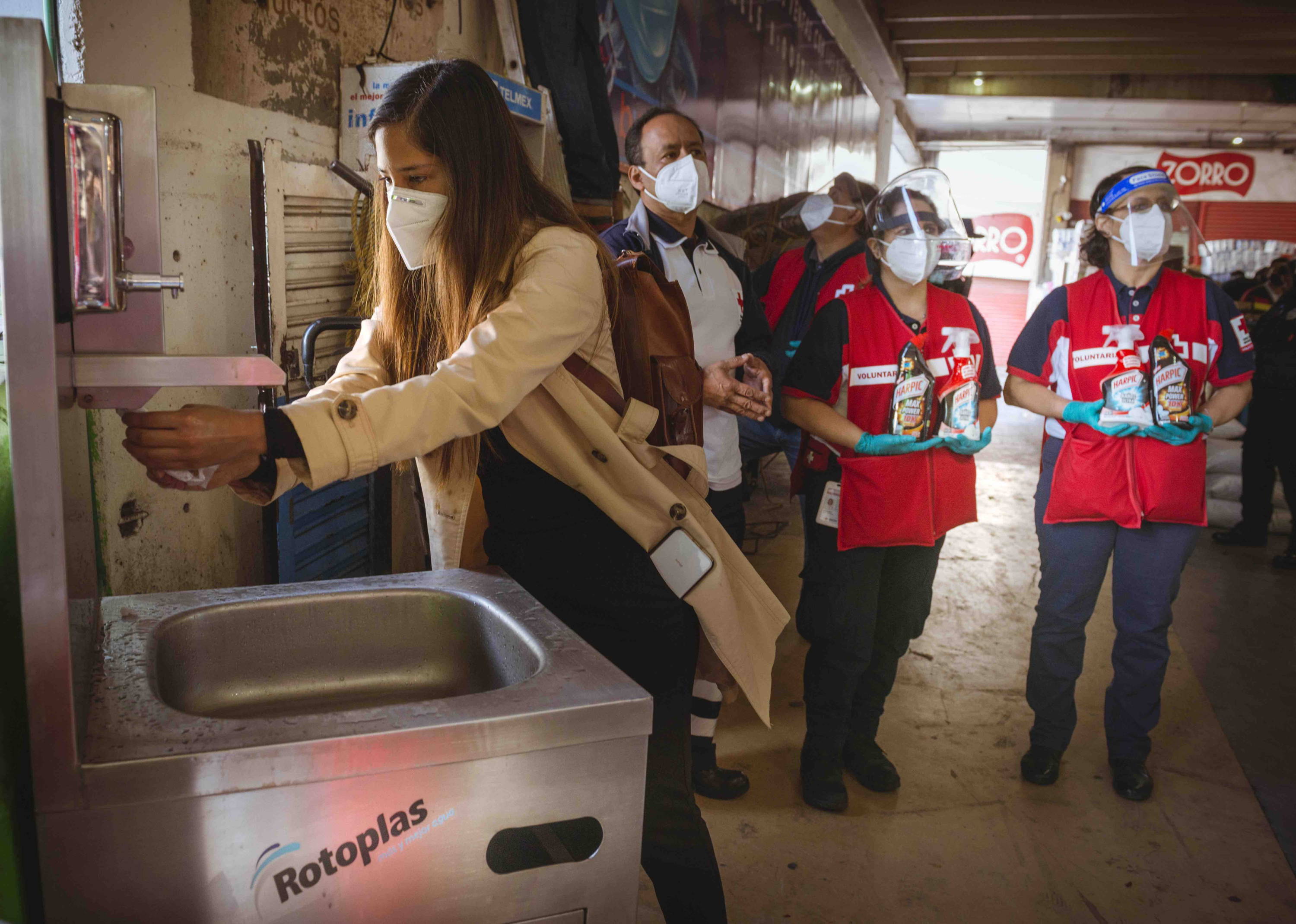 #TOGETHERBAND is partnering with Harpic to install public handwashing stations in Mexico City's biggest market (and one of the largest in the world), the Central de Abasto.

Lopez says that the handwashing stations are a powerful move towards improving the market's hygiene infrastructure, adding that ‘it's not the only measure needed. Masks, crowd-size and ventilation are also crucial.’

Here at #TOGETHERBAND we’re committed to helping fight COVID-19 in Mexico, by providing long-term access to running water for thousands of workers and shoppers in the country’s poorest communities. #TOGETHERLIVE Mexico will raise funds to ensure that Harpic and #TOGETHERBAND can continue this vital work. Watch the show live on YouTube on 13th March at 1am UK time, then afterwards here on togetherband.org/live. Join us!

Our Hygiene And Water Stations